To share your memory on the wall of Anne Meissner, sign in using one of the following options:

Provide comfort for the family of Anne Meissner with a meaningful gesture of sympathy.

Print
Due to the recent outbreak of the Coronavirus, Anne would have wanted her family and friends to be in a safe environment during this time of uncertainty.

Private services will take place at St. Patrick’s Catholic Church with Father Bi... Read More
Due to the recent outbreak of the Coronavirus, Anne would have wanted her family and friends to be in a safe environment during this time of uncertainty.

Anne Link was born July 15, 1922 to Mathias and Katherine (Haas) Link in Richardton, ND. She grew up in Richardton and attended country school through the eighth grade. Anne moved to Milwaukee and worked in the Harley Davidson factory. During this time, she met her husband Jacob Meissner. The couple returned to Dickinson in 1942. They were united in marriage on August 8th of the same year at St. Mary’s Catholic Church in Richardton. To this union, daughter Marilyn was born. Together they raised their family in Richardton and owned and operated the local Hardware store until it burned down in 1974. Anne then decided to move to Dickinson. She began working at The Fad where she was a seamstress up until her retirement. Anne continued to make Dickinson her home.

Anne enjoyed playing bridge. She loved visiting with her family and friends, especially her daughter Marilyn. Anne was a woman of faith and prayed the rosary often.

Anne is survived by her daughter, Marilyn Meissner of Dickinson, and numerous nieces and nephews who include Robert (Jeanette) Pechtl of Bismarck and Tim Schmidt of Fargo who often included her in their family affairs. She was so blessed by their attentions.

She is preceded in death by her parents, Matthias and Katherine, and husband, Jacob Meissner; brothers, John and Joseph Link, sisters Kathrina and Mary Link, Elizabeth Pechtl, and Theresa Schmidt.
Read Less

To send flowers to the family or plant a tree in memory of Anne Meissner, please visit our Heartfelt Sympathies Store.

Receive notifications about information and event scheduling for Anne

We encourage you to share your most beloved memories of Anne here, so that the family and other loved ones can always see it. You can upload cherished photographs, or share your favorite stories, and can even comment on those shared by others.

The Blasy kids - Brian, Bruce, Curt, Denise, Audre, Love, Tim Schmidt Family, and others have sent flowers to the family of Anne Meissner.
Show you care by sending flowers

Posted Apr 09, 2020 at 04:59pm
Marilyn
I am so sorry to hear about your mother. It is so difficult to lose a Mother. My prayers are with you.
Diane Senn
Comment Share
Share via:
WP

Posted Apr 08, 2020 at 11:09pm
Marilyn: sorry to hear about your mother's passing, yet I feel fortunate to have known someone like her.

Posted Apr 07, 2020 at 08:33am
Our thoughts and prayers go out to you during this very sad time. Aunt Anne is such a beautiful person and we have many fond memories of her.

Posted Apr 04, 2020 at 04:47pm
Marilyn, our thoughts and prayers and with you. May God grant you healing and peace during this time of such great loss and sorrow. We love you.

Melinda, Teresa and Nicole purchased flowers and planted a memorial tree for the family of Anne Meissner. Send Flowers 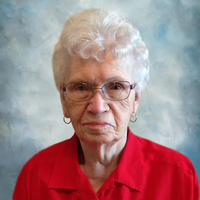