To share your memory on the wall of Beatrice Beavers, sign in using one of the following options:

Print
In accordance with Beatrice’s wishes, cremation has taken place. A private graveside service will take place at a later date.

Beatrice (Bea) Romaine Jury was born on June 29, 1923 in York, Pennsylvania, to Jacob and Julia (Neff) Jur... Read More
In accordance with Beatrice’s wishes, cremation has taken place. A private graveside service will take place at a later date.

Beatrice (Bea) Romaine Jury was born on June 29, 1923 in York, Pennsylvania, to Jacob and Julia (Neff) Jury. She grew up in the Pennsylvania area graduating from High School in Manchester, PA. Bea married Donald T. Beavers on August 2, 1943 in Washington, DC. They resided in York, PA where she enjoyed being a housewife.

Bea and her family moved to California around 1948, settling in the Los Angeles area, where Bea attended Valley Junior College and the University of California at Los Angeles (UCLA). She began her teaching career in 1955, teaching elementary and junior high students, including the subjects of English and French, in various Christian schools in California. Later on, she became an administrator and helped establish several Christian schools in the area. Her love of teaching also included being a Bible teacher for many years.

In 1983, Bea moved to Dickinson, ND to be near her daughter and family. 1990, she helped her daughter and son-in-law open The Novel Place Bookstore in Dickinson. While there, she established a mystery book club that was in existence for more than 20 years.

Bea was a life-long learner, educator and reader. She was never without a book in her hand or in her purse. Christmas always brought enjoyment to Bea, along with all things red, white and blue. Bea was a member of Our Saviour’s Lutheran Church in Dickinson. She loved her Lord with a passion, her family and her country.

In lieu of flowers the family suggests memorial be given to Dickinson Area Public Library or St. Luke’s Home of Dickinson.
Read Less

Receive notifications about information and event scheduling for Beatrice

There are no events scheduled. You can still show your support by sending flowers directly to the family, or planting a memorial tree in memory of Beatrice Beavers (Jury).
Plant a Tree

We encourage you to share your most beloved memories of Beatrice here, so that the family and other loved ones can always see it. You can upload cherished photographs, or share your favorite stories, and can even comment on those shared by others.

Posted Mar 13, 2020 at 09:59pm
So many wonderful memories of good conversations and laughter. Things we had in common. We had both been married on August 2nd and her parents first names were Jacob and Julia. My grandparent names were Jacob and Julia. Remembering the Bible Study at her home, the annual black walnut cake, and many other things.
Comment Share
Share via:

Posted Mar 13, 2020 at 06:30pm
Bea was a very special lady. She was one of my favorite library patrons because of her love of books. She & I had a lot of interesting conversations over the years. My heartfelt condolences on your loss.
Renee Paasch
Comment Share
Share via: 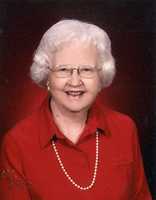