To share your memory on the wall of Bev Weiler, sign in using one of the following options:

On Tuesday, November 19th, 2019, Beverly Weiler, loving wife and eternally ageless mother of seven children, passed away at the age of 29 (more on this later).

Beverly Irene Donner was born on November 30, 1927 in Hettinger to Ernest and Florence (Hoveland) Donner. Bev grew up on a farm in Reeder but knew she was destined for the big city life. In preparation for this change in lifestyle she armed herself with a good education and strong work ethic. She attended country school south of New England. At the age of 16 she moved off the farm and into an apartment in town. Strong willed and unwilling to fail, she attended high school and worked as a waitress to afford living on her own.

After graduating from high school in 1947, she moved to Dickinson where she attended Dickinson State Teachers College. In 1950, Robert (Bob) Weiler entered Bev’s life. Bev worked in an office at a Montgomery Ward Department Store downtown where Bob noticed her, flawlessly dressed and always put together. Bev, on the other hand, found herself crossing to the other side of the street to avoid Bob.  Although Bev didn’t know Bob personally, she knew of him. She knew he was a “man about town” (his children refute this claim to this day) and a Catholic. That was all Bev, a stout Lutheran, needed to know to be sure they would never be a good fit. Besides, Bev had plans to move to Washington and start a life in the metropolitan area of Seattle with her sister Mavis. However, after quite a bit of persistence and romance, Bob proposed to Bev and she accepted. Bev joined the Catholic family before marrying Bob on May 24th, 1951. Their Catholic faith would prove to be a central pillar in their life through many happy and also trying times.

Together they moved to Camp Rucker, Alabama where Bob was stationed during the Korean War. Bev soon found work at the Post Exchange Bank at Camp Rucker. In the 1950’s it was not common, for a woman to be running a business. However, Bev was promoted to bank manager within a year of starting her position. While in Alabama, Bev and Bob were blessed with the birth their first son James (Jim) Weiler.

In 1952, Bob was honorably discharged from the military and they returned to Dickinson where Bob made a name for himself in radio, entertainment and later, television. Bev enjoyed the formal attire when attending parties with Bob at the Elks Club and thrived as an entertainer of guests in their home. Bev had a keen eye for detail with every last napkin and candy dish being filled and perfectly placed. Bev was pleased with her family of three however, Bob had visions of filling a sports roster with the Weiler name. Bev soon became a mother not one or two, but
six more times. Their family grew to include Pamela (Pam), Roberta (Bobbi), Patricia (Patti), Kathy (…Kathy), Paul and David.

Bev enjoyed staying at home to care for her children while they attended St. Patrick’s Catholic grade school and later Trinity High School. She was a master seamstress, actually sewing clothes and formal dresses for her daughters, and a world class baker. She never much liked cooking but true to form she took the good with the bad. Once all her children were enrolled in school full-time, she re-entered the work force after a 20 year hiatus. She began working with the Federal Crop Insurance Program and later inherited their book of business and continued to run her own Federal Insurance Office. Bev retired in 1992 to travel more with Bob and enjoy spending time with her grandchildren now spread through North Dakota, South Dakota and Arizona. Bev would often be asked by her grandchildren “How old are you, Gramma?” and her answer was always 29. Bev had many ways to make her grandchildren feel loved, but the best was allowing them to watch cartoons and serve them a special treat of graham crackers with homemade frosting or caramel rolls, sometimes before dinner.


Bev had an active volunteer life through the Catholic Daughters and Mrs. Jaycee’s. She was also a member of several bridge clubs throughout town. Bev was a Eucharistic Minister at St. Patrick’s Parish, and also served as Kitchen Chair for the Trinity Mardi Gras. As anyone involved with the Mardi Gras can appreciate, it is often a lot of “on your feet” work. Bev did this so graciously for three full days in high heel shoes on hard, tile floors. Bob and Bev were instrumental in the formation of Trinity High School and have been proud supporters throughout their lives. They were inducted into the Trinity Hall of Fame in 2015.


After an six-year battle with dementia Bev gained her white robe from our heavenly Father. She undoubtedly asked if they had something a little more fitted and perhaps a winter white. She is survived by her husband of 68 years, Robert, children James (Deb) Weiler of Peoria, Arizona, Pamela of San Diego, CA, Roberta (Neil) Hauck of Richardton, Patricia (Clark) Crawford  of Bismarck/Scottsdale, AZ, Kathy (Mike) Kiedrowski of Dickinson, Paul (Colleen) Weiler of Rapid City, South Dakota and David Weiler of Bismarck. She is also survived by 21, mostly mediocre, grandchildren and 33 great-grandchildren.

She is preceded in death by her parents Ernest and Florence, sister Betty Lein, brother Wallace Donner, and her nephew Wade Donner.

Bev’s mass of Christian burial will be held 9:30 AM Wednesday, November 27th, 2019 at St. Patrick’s Catholic Church in Dickinson with Father Kregg Hochhalter and Fr. Bill Ruelle celebrating. Burial will be in the North Dakota Veteran’s Cemetery in Mandan, North Dakota.

To plant a memorial tree in honor of Bev Weiler, please visit our Heartfelt Sympathies Store.

Receive notifications about information and event scheduling for Bev

There are no events scheduled. You can still show your support by sending flowers directly to the family, or planting a memorial tree in memory of Bev Weiler.
Plant a Tree

We encourage you to share your most beloved memories of Bev here, so that the family and other loved ones can always see it. You can upload cherished photographs, or share your favorite stories, and can even comment on those shared by others.

Posted Dec 05, 2019 at 12:00am
Out here in the wilds of Wyoming, I just now heard about the loss of your mom. I'm so sorry to hear of her passing. I have so many childhood memories of Bev, who was unfailingly kind, beautifully put together, patient, and a good friend of my parents.
Comment Share
Share via:
NE

Posted Nov 27, 2019 at 12:00am
Your mother was a classy, beautiful woman. I remember her to be so charming. Your mom and dad were good friends with my parents. Bob and Bev were pillars of the community. A great legacy. Nancy (Haunson) Emch
Comment Share
Share via:
TK

Posted Nov 26, 2019 at 12:00am
David, Kathy and Family, I was saddened to learn of the passing of your Mother. I remember her to be highly active in the community (especially anything related to Trinity High School) and highly engaged in her children’s lives. She was a loving woman full of spirit, passion and enthusiasm and she will be sincerely missed.
Comment Share
Share via:
AB 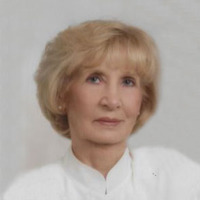