To share your memory on the wall of Daretia “Darry” Powers, sign in using one of the following options:

Prior to the funeral, a Rosary will be led by Fr. Jerry Kautzman at 10:00 am (CT) at Spirit of Life Church on Friday, March 20th.

Daretia “Darry” Ellen Boespflug was born on July 19, 1952, to Richard C. and Esther Boespflug. Born and raised in the small town of Killdeer, ND, Darry’s upbringing provided a strong foundation in faith, an impressive work ethic, and a personal desire to serve not only her family, but her community and country, as well. At an early age, Darry became very involved in her local community church and was actively helping her mom with her younger sisters. Upon graduating in 1970, Darry happily enlisted in the United States Marine Corps. It was as a Marine, that she met and married a fellow Marine and the father of her two children, Troy R.B. and Amy Rose. She continued to serve her community as a mother, a Marine wife, a PTA member, and Sunday school teacher. Darry’s love for community was passed onto her children as they began to share in her devotion. Together as a family, they taught Sunday school, helped those in need, and participated in the community Civil Air Patrol. This shared focus and dedication guided her son, Troy, to join the USMC in 1993. Darry continued her support of the Civil Air Patrol, the local hospice, and became highly involved with the local animal rescue, her true passion. By 2001, both her children were grown; Troy in the USMC and her daughter, Amy, finishing law school and married to a Marine. Darry began various care package initiatives. These were sent to, not only her “two sons”, but also their entire units. Over the years, Darry and her community collected hundreds of items that were sent overseas in support of our troops. This type of gesture epitomized Darry’s character, as always putting her family, community, and country before herself. No matter what she faced in life, Darry always remained positive and steadfast in her faith. Darry embodied the belief that life is meant to be of service. She displayed this conviction day in and day out. Darry believed that no matter the mission, we embrace it and persevere, we put others first and always try to make a difference in order to leave this world a better place.

Darry has made an enormous difference in the lives of many and will be greatly missed by her children, Troy (Dawn) Powers and Nathanial of Bulverde, Texas, Amy (Tanner) Fish and Alexis of Dallas, Oregon; sisters, Sherri (Tim) Marquart and family of Las Vegas, NV, Carley (Dr. David) Strand and family of Sioux Falls, SD, Dickie Jo (Arlen) Kubas of South Heart, ND; aunt, Shirley Privratsky of Dickinson, ND; numerous cousins, friends, and her two beloved Chihuahuas, Tobi and Tami.

In lieu of flowers, the family suggests a memorial be given to a local humane society or veteran organization.
Read Less

Receive notifications about information and event scheduling for Daretia “Darry”

There are no events scheduled. You can still show your support by sending flowers directly to the family, or planting a memorial tree in memory of Daretia “Darry” Powers.
Plant a Tree

We encourage you to share your most beloved memories of Daretia “Darry” here, so that the family and other loved ones can always see it. You can upload cherished photographs, or share your favorite stories, and can even comment on those shared by others.

Maria — Thank you so much for having a tree planted in Darry’s name! She would be so pleased with that. ❤️

Posted May 28, 2020 at 04:19pm
I just found out .. and my heart is broken...
Darry and I got back in touch about 3 years ago and I would tell her stories about my little boy. She loved getting pictures of him and my Dog.... and we loved reminiscing about putting care packages together for Troy when he was deployed. She encouraged me through a divorce and was able to tell me how much I meant to her...and I was able to tell her how much SHE meant to me.
Troy, I remember a New Year's Eve we all spent together... and meeting her for the first time. My deepest condolences to you and Amy.
God rest in peace Darry.
Love always,
Maria Maranesi
Comment Share
Share via:
DK

Maria, Thank you for sharing some of your memories of Darry with our family. I believe she has helped many, myself included, through some very difficult times. Yet she never expected anything in return. With everything happening at this time, it was difficult for the family to notify everyone of her passing. We know she is greatly missed by many. Stay Safe! Dickie Jo (Boespflug) Kubas - Darry’s sister
CC

Posted May 06, 2020 at 10:26am
Troy & Amy and families. I just found out about your mom's passing. The last email I received from her was 2/9.
I only met your mom after J. Brian McKee passed away on February of 2018. I was VP of McKee & Associates and a friend of Brian's and was still getting his emails after he passed. I had to tell your mom that Brian had passed and since that time had corresponded with your mom about Brian and how she was doing. In this short time I learned how special your mom was and how much she cared for her "kyds" and her dogs. Her Christmas card to my family still sits on my (Brian's) work desk. I hope Brian greeted her and the two are having coffee and smiling together again. My sincere condolences and hope you find comfort that she is pain free now. God Bless and Stay Safe! Craig & Brenda Collette
Comment Share
Share via:
DK

Craig & Brenda, Thank you for your kind words and sharing with the family. It doesn’t surprise us, but does amaze us, at how quickly Darry was able to develop such meaningful friendships. With everything happening at this time, it was difficult for the family to notify everyone of her passing. We know she is greatly missed by many. Stay Safe! Dickie Jo (Boespflug) Kubas - Darry’s sister
LT

Posted Mar 18, 2020 at 06:26pm
Thinking of Troy, Amy and the rest of Darry’s family and her friends. I feel blessed to have known Darry in our years in Dickinson and that we were able to reconnect through Facebook these past several years. My heart hurts to know there will be no more posts on our Facebook pages to keep in touch or to share the love of our fur babies. Her gift of friendship will be forever in my heart.
Comment Share
Share via:
DK

Thank you, Lynnette! We all feel very blessed to have had Darry in our lives. Can’t even put in to words how much she is missed. I personally know how much your friendship meant to her. ❤️

Posted Mar 17, 2020 at 08:38pm
Troy,Amy,Dicky,and Carlen, sorry to here about Darry your mom and sister, my prayers and condolence to you and your family
Comment Share
Share via:
DK

Thank you, Randy. As you know, losing a sibling is a very difficult time. We all appreciate your support. Dickie Jo 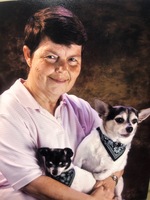 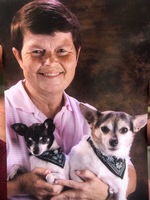 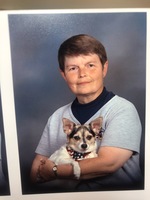