To share your memory on the wall of Darlene Thompson, sign in using one of the following options:

Print
To View the Live-Stream of Darlene's Funeral Service, please paste the following link in to your browser: https://youtu.be/dl2hNZeW9KA

Funeral Service for Darlene Thompson, 73, of Bismarck, formerly of Dickinson, will be held at 1:00 p.m... Read More
To View the Live-Stream of Darlene's Funeral Service, please paste the following link in to your browser: https://youtu.be/dl2hNZeW9KA

Funeral Service for Darlene Thompson, 73, of Bismarck, formerly of Dickinson, will be held at 1:00 p.m., Thursday, June 11, 2020 at Stevenson Funeral Home in Dickinson with Pastor Lisa Lewton Officiating. Visitation for Darlene will be from 11:00 a.m. to 1:00 p.m. at Stevenson Funeral Home. A live-stream viewing of the service will be available at 1:00 p.m. on Thursday, June 11, 2020 at www.stevensonfuneralhome.com.

Darlene Marie Thompson was born October 7, 1946 in Dickinson, North Dakota to Albert and Mary (Sadowsky) Dvorak. She grew up in Dickinson and graduated from Dickinson High School. After High School she went to Beauty School in Fargo. Darlene became a business owner and started Darlene’s Beauty Nook in Dickinson. She then ran and co-owned Bill’s Hairstyle College in Grand Forks for 3 years. After moving back to Dickinson, Darlene started Slick Chick- Men’s Den in Dickinson which she operated for many years. During the late 70’s and early 80’s, she also served on the ND Cosmetology Association as well as becoming board president. In the early 2000’s, Darlene ran Harvest Homes in Dickinson serving those who were in need of housing.

She reconnected with Wally Thompson in 2004 at a social function of a self-help group in town. They dated for 3 weeks after which Wally proposed and they were married 2 days later on March 12, 2004. They got married in the chapel of St. Luke’s Nursing Home so that Darlene’s mother was able to be present. After they were married, they made their home in Dickinson where they resided until 2018 when they moved to Bismarck to be closer to grandchildren.

Darlene was very proud of her 29 years of sobriety. She adored her children and grandchildren, and greatly enjoyed getting to spend time with them. She enjoyed sewing, quilting, embroidery and gardening. She was a member of the St. John’s quilting group and the St. John’s Altar Guild.

She is preceded in death by her parents; and sister, Naureen.

To send flowers to the family or plant a tree in memory of Darlene Thompson, please visit our Heartfelt Sympathies Store.

Receive notifications about information and event scheduling for Darlene

We encourage you to share your most beloved memories of Darlene here, so that the family and other loved ones can always see it. You can upload cherished photographs, or share your favorite stories, and can even comment on those shared by others.

Chad and Kendra Miller and Kids sent flowers to the family of Darlene Thompson.
Show you care by sending flowers

Posted Jun 15, 2020 at 06:41pm
My Dear Cousin Darlene....where do I begin ? You were the cousin who gave me courage to believe in myself and my "sewing skills"...as you were creative and informed me that "there were NO mistakes...just creative designs". That is so VERY TRUE in who you were. As God makes NO mistakes...and used you to "Give to others IN HIS Creative Design of YOU". And Boy did you use your Creative "Will and Voice" to fulfill God's Will in bringing others to Know and Serve HIM as YOU Served HIM.
Well done "True and Faithful Sister In Jesus"....Love, Karen [Roller]
Comment Share
Share via:
KS

Posted Jun 13, 2020 at 11:36am
Wally, I am so sorry about about Dearlene's passing. She will be missed by every everyone who knew her. She was such a lovely soul.
Comment Share
Share via:

Posted Jun 11, 2020 at 02:57pm
Wally and family...so sadden by your loss ..she was a wonderful person who changed my life...prays to all
Comment Share
Share via:
CD

Posted Jun 11, 2020 at 10:45am
Dean and Carleen Dvorak. Our heartfelt sympathy to Darlene's family. We always enjoyed our visits with Darlene. She was always happy to see you and she had such a great smile that we will never forget. May she rest in peace.
Comment Share
Share via:
P

Posted Jun 11, 2020 at 10:33am
Wally and the Dvorak family,
Our deepest sympathy at this time of your great loss of Darlene. I have so many fond memories of Darlene. High school, Slic Chic, her short move to Phoenix and many more. Darlene will be missed by all that knew her but, she will not be forgotten. We will keep you in our thoughts and prayers. Take Care! Ivan and Pat Meyer
Comment Share
Share via: 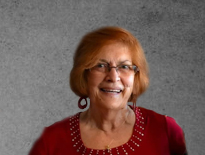 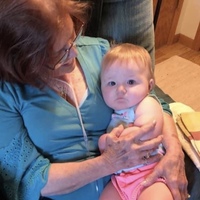 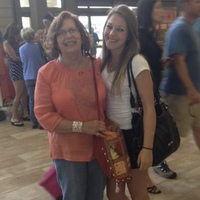 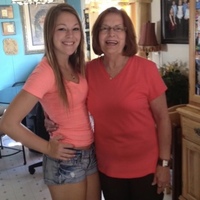