To share your memory on the wall of David Anderson, sign in using one of the following options:

Print
To View the Live-Stream of David's Service, please copy and paste the following link into your browser: https://youtu.be/iq5z4cscP1k

Funeral service for David Lee Anderson, 77, of Dickinson, will be 2:00 p.m., Tuesday, June 16, 2020 at S... Read More
To View the Live-Stream of David's Service, please copy and paste the following link into your browser: https://youtu.be/iq5z4cscP1k

Funeral service for David Lee Anderson, 77, of Dickinson, will be 2:00 p.m., Tuesday, June 16, 2020 at Stevenson Funeral Home with Pastor Lisa Lewton officiating. Military Honors will be provided by the American Legion Post #3, of Dickinson. Burial will take place at a later date in the Regent Cemetery. Visitation for David will be 1:00 p.m. - 5:00 p.m., Monday, June 15th at Stevenson Funeral Home. Please adhere to the social distancing guidelines. Face masks will be available at the door. A live-stream viewing of the service will be available at 2:00 p.m. on Tuesday, June 16, 2020 at www.stevensonfuneralhome.com.

David was born May 3, 1943, the third child of Elmer and Ruth (Matheney) Anderson. He grew up on the family farm that was homesteaded in 1908 south of Regent, ND. He attended grade school at Alden Township School and graduated with the first class from the newly-built Regent High School in 1961. From a young age, he always knew he was called to be a caretaker of the land and carry on the legacy of the family farm. He and his brother, James Anderson, took over the farm when their father had a stroke and David was just 19 years old.

David attended college at NDSU in Fargo, attending only half of each school year due to springtime farming at home. After nine winter quarters, he was a proud graduate with a BS in Ag Economics. He continued to farm with his brother Jim until 1998 and added son Mark into the operation in 1993, later retiring from the farm in 2004.

During the Vietnam War, David joined the North Dakota National Guard for six years and was proud to fulfill his time in the service. Although it was very difficult to be in the service while farming, he managed to serve and keep the farm going with the help of his brother and a hired man.

March 25, 1972, at age 28, David was united in marriage with Marie Outka at St. John Lutheran in Dickinson. He said that was the best decision of his life. He adored his children, Sonya and Mark. Mark would become Dave’s future hired man, third partner in the farm business and eventual boss.

David was the glue of the family that held everyone together and he was very proud of all his family members. He especially cherished attending and experiencing his grandchildren’s activities and accomplishments. He was a very thoughtful, patient and considerate man who will be deeply missed.

A very skilled woodworker, David enjoyed many types of wood projects including building cabinetry for their home, as well as creating and assembling model airplanes and cars. He adored reading, especially history books. Farming was more than a job, it was a love he had his entire life. He and Marie traveled extensively throughout the world, treasuring the memories they made. He enjoyed skiing and hunting in his younger years. Dave truly enjoyed his coffee groups, exercising and socializing at the rec center, car club and especially taking part in his grandchildren’s activities.

To send flowers to the family or plant a tree in memory of David Anderson, please visit our Heartfelt Sympathies Store.

Receive notifications about information and event scheduling for David

We encourage you to share your most beloved memories of David here, so that the family and other loved ones can always see it. You can upload cherished photographs, or share your favorite stories, and can even comment on those shared by others.

Gordie and Sharon Kadrmas, The Greene Drug Coffee Group, and other have sent flowers to the family of David Anderson.
Show you care by sending flowers

Posted Jun 16, 2020 at 12:22pm
Dear Marie,
Our deepest sympathy to you and your family! We were very sorry to hear about David's passing. He was a kind and gentle man. We have fond memories of him when we were past members of St. John in Dickinson and when I lived in Regent many years ago. We were blessed to have known the Anderson family! Cherish the memories! Our thoughts and prayers are with you during this difficult time! We are so fortunate to be able to join you virtually this afternoon for his memorial service!
May God be with you!
Bonnie (Zander) & Don Ficek
Ankeny, Iowa

Posted Jun 16, 2020 at 11:39am
Marie, Sonya and Mark- My thoughts have been with you a lot the last few days. I wish I could join you for the service today. The Anderson family has always been great neighbors with a long history on both the Olson and Lien side of the family for us. David has taken the time over the last few years to send me several very nice emails talking of life, changes to the neighborhood and general family updates and I will miss the occasional note. Look forward to stopping in for a visit the next opportunity I have when in Regent.

Posted Jun 15, 2020 at 11:29am
Marie and Family, our condolences to you and your family of Dave’s passing. Always enjoyed visiting him at the Rec center.

Sweet Tranquility Basket was purchased for the family of David Anderson. Send Flowers 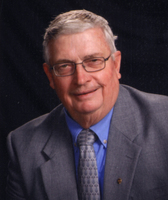 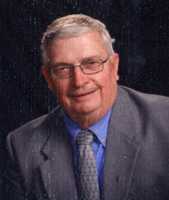