To share your memory on the wall of David Polanchek, sign in using one of the following options:

David Richard Polanchek was born on January 25, 1948 in Dickinson, ND to Frank and Joyce (Reul) Polanchek. He grew up in Belfield, ND graduating from Belfield High School. He was drafted into the United States Army in 1968, where he served during the Vietnam War. During his service he was wounded, spent time as a prisoner of war and his entire Company received the Purple Heart. After returning to Belfield he worked at Oilfield Services and it was here where he met Marjorie Fritzler. The two were married on September 29, 1972 and were blessed with three sons, Albert, Frank, and Jedediah. In 1974, David enlisted in the United States Army where he served for almost 23 years. While in the Army, David served as a Drill Sergeant. They Army took the family all over the world. After retiring, he returned to Belfield, ND and served as Belfield Police Officer for over 8 years. Most recently, David worked in Park Maintenance at Theodore Roosevelt National Park until he was diagnosed with cancer.

David was a member of the American Legion. He loved to fish whenever he could and enjoyed camping. He had a love of collecting guns, tinkering, and woodworking as well as ceramics. He became very fond of his horses and special dog, Polar, later in life. Most of all, David was very proud of his three sons.

He is preceded in death by his parents; his son, Jedediah David Polanchek; sister Geraldine ( Dolly) Buzalsky; uncle, Bud Reul.

In lieu of flowers the family suggests memorials to the Belfield American Legion.

To plant a memorial tree in honor of David Polanchek, please visit our Heartfelt Sympathies Store.

Receive notifications about information and event scheduling for David

There are no events scheduled. You can still show your support by sending flowers directly to the family, or planting a memorial tree in memory of David Polanchek.
Plant a Tree

We encourage you to share your most beloved memories of David here, so that the family and other loved ones can always see it. You can upload cherished photographs, or share your favorite stories, and can even comment on those shared by others.

Posted Mar 11, 2020 at 04:40pm
To Marjorie and Family So very sorry for your loss I will keep you in my prayers as you go thru this difficult time May all the beautiful memories you have give you comfort
Comment Share
Share via:
DK

Posted Mar 10, 2020 at 08:20pm
So sorry for your loss, Polanchek family. I got to know the family when I lived in Belfield and worked with Margie at Trappers. Jed was a joy, Margie, prayers for you and your family.
Comment Share
Share via:
AC

Posted Mar 08, 2020 at 06:46pm
My heart goes out to the Polanchek family. My thoughts and prayers are with you. I know there isn't anything that can be said to make the passing of David easier. Just know that each thought or emotion you have is okay. As days go by, you will come to learn how to live your new life, not with David's physical presence but with his memory and spirit with you.
Comment Share
Share via:
KS

Posted Mar 07, 2020 at 10:32pm
To our beloved family, we are so sorry for your loss, Shorty was such an amazing person and always loved life and always so full of life. He always had a smile made everyone feel welcome, he always had a GREAT story to share even if it was about how much trouble us kids would get into or what he would do to help others to turn our lives around. I will never forget that laughs cries car chases while he was on duty, and the honor to serve out county. So many many memories growing up in out hometown and we will never forget you not only as out Peace Officer, War Veteran, Family member,friend, father and some much more Your My Hero. Courageous fight against cancer , Forever In Our Hearts God Bless. OUR CONDOLENCES. LOVE ALWAYS, THE SCHAFF FAMILY, KIMBERLEY(URBAN) SCHAFF ,RANDY, WYATT, KC URBAN FAMILY
Comment Share
Share via: 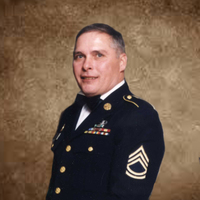