To share your memory on the wall of Diana Bopp, sign in using one of the following options:

Diana passed away unexpectedly Saturday, February 29, 2020 at Sanford Health in Bismarck, ND from a heart attack.

Diana worked at Elm Crest Manor in New Salem for nearly 40 years, many as the Activity Director. She was an exceptional caregiver and coworker; she was awarded Caregiver of the Year in 2014 for the state of North Dakota. She was deeply faithful and an active member of the parish community at St Pius V. The light of her life was her family, especially her grandkids. Her kindness and unconditional love touched the hearts of many. Diana’s smile and laugh were contagious, and she lit up every room.

Diana is preceded in death by her mother, Katherine and sister Josephine.

In Lieu of flowers, the family suggests memorial be made in Diana's memory to the charity of your choice.

To send flowers to the family or plant a tree in memory of Diana Bopp, please visit our Heartfelt Sympathies Store.

Receive notifications about information and event scheduling for Diana

We encourage you to share your most beloved memories of Diana here, so that the family and other loved ones can always see it. You can upload cherished photographs, or share your favorite stories, and can even comment on those shared by others.

Dongmei Wang sent flowers to the family of Diana Bopp.
Show you care by sending flowers

Posted Mar 06, 2020 at 08:15am
I had the privilege of having Diana as my first childhood friend.
Even though e lived next door, I still remember calling 843-7897 to ask Diana to come and play.
Blessed with numerous memories, I will share just a few Favorite memories:
Diana’s mom, KAthy, combing and braiding Diana’,s long thick beautiful dark hair.
Attending church with Diana. The strength of her faith even before the age of 10 was phenomenal.
Her big black and white cat named “Billy”. I was so scared of that cat!
The plastic bread bags in our winter boots to keep our feet dry
Dancing in the rain “It’s raining ; it’s pouring the old man ...”
Sleep overs ALL the time !
There was a big tree that grew between our houses, we loved sleeping under this tree in our cozy sleeping bags, under the beautiful twinkling stars.
Diana is now that twinkling star in the heavens looking down on all.
Diana is the angel with all every day.
Sincere sympathy and condolences to all family and friends including her Elm Crest family of coworkers and residence who were blest to see her contagious smile and positive spirit everyday.

Posted Mar 05, 2020 at 02:00pm
Our deepest sympathy and may find comfort that others care and sending prayers of comfort and healing for you all. Mark and Laurie Kadrmas
Comment Share
Share via:
LS

Posted Mar 05, 2020 at 11:08am
Ray and I met Diana when our folks were in Elm Crest. What a vivacious and kind lady. Truly loved the perfect around her. Beautiful smile. Our condolences.
Comment Share
Share via:
R

Posted Mar 04, 2020 at 07:04pm
Diana was special and I enjoyed working with her and seeing her at convention through the years. She is home with our Lord and Savior now. Earlier than we wanted but in God’s time.
Comment Share
Share via:
JK 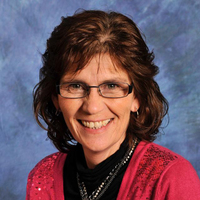