To share your memory on the wall of Donald Harris, sign in using one of the following options:

Donald Earl Harris, ‘Dad’, peacefully passed to be with the lord; with family by his side on September 2, 2020 at St Benedicts Healthcare in Dickinson, North Dakota.

Don was born on November 7, 1933 in Dickinson, North Dakota to Earl Harris and Cora (Benson) Harris. He was the youngest of three children. Don lived in Dickinson his entire life; loved and had a zest for the western North Dakota lifestyle. He was an avid outdoorsman, enjoying hunting and fishing.

Don attended Dickinson Public Schools, and as a Midget lettered in Band, playing the Saxophone. He attended Dickinson State Teacher’s College and enlisted and served in the Army during the Korean Conflict at Fort Irwin, California. Don was honorably discharged in 1957, married Barbara Elaine Pederson and raised five children. Growing up with ‘Dad’ meant the family was on the move spending time camping, skiing, fishing and hunting. He liked to ‘putz’ around the house and had lots of projects and plenty of assignments for his kids.

Don was active in Dickinson’s small business, social, and governmental community. His main business was retail clothing (The Lamp Post, Kiddie Corner, DG’s). In 1972, Don was the President of the Dickinson Chamber of Commerce and one of the leading forces behind establishing the “Roughrider Days”, which has been a fixture of Dickinson life ever since. Don served on the Dickinson Planning, Zoning and Parking Commission and was active in the Elks Club, Rotary, Shriners and Ducks Unlimited.

Don and his loving, long-time companion, Opal Larson, traveled to all corners of the world and often hosted get togethers at the cabin with friends and the ‘Rat Pack’. His kids have fond memories of barbecues at the cabin. He lived his life to the fullest and, as the saying goes, “didn’t leave anything on the table.”

Don is survived by his five children, Harley, of Helena Montana, Stephanie Weigum (Kevin), of Arvada Colorado, Jeffrey Scott (Lorena), of Cheyenne Wyoming, Mary Beth, of Highlands Ranch, Colorado, and Kris Harris-Koetz (Greg) of Stillwater Minnesota. He is also survived by six grandchildren and is preceded in death by his older sister Irene Qualley ‘Sis’ and brother Harley Harris.

Memorials for Don should be directed to St. John’s Lutheran Church of Dickinson, St. Benedicts Healthcare of Dickinson.
Read Less

To send flowers to the family or plant a tree in memory of Donald Harris, please visit our Heartfelt Sympathies Store.

Receive notifications about information and event scheduling for Donald

We encourage you to share your most beloved memories of Donald here, so that the family and other loved ones can always see it. You can upload cherished photographs, or share your favorite stories, and can even comment on those shared by others.

Tracy and Neil and Luann and Ken Hill sent flowers to the family of Donald Harris.
Show you care by sending flowers

Tracy and Neil purchased flowers for the family of Donald Harris. Send Flowers 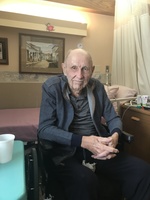 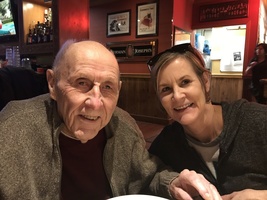 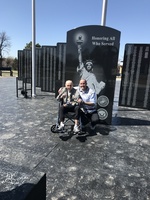