To share your memory on the wall of Donald Schumacher, sign in using one of the following options:

Don passed away Tuesday, March 31, 2020 at the Marian Manor after a long courageous battle with cancer.

Donald Schumacher was born August 8, 1958 in Richardton to Konston and Lauretta (Freitag) Schumacher. He graduated from Glen Ullin High School in 1976. Don worked as a laborer for Kaiser, building the power plant in Beulah. He also worked for Greff Sanitation, Glasser Construction and the city of Glen Ullin. Working with Greff Sanitation was his favorite job. He worked alongside Annette picking up your junk that was his treasures. Don was a quiet man, who never showed pain during his fight with cancer. He loved to spend time with his family, especially his nieces and nephews.

To send flowers to the family or plant a tree in memory of Donald Schumacher, please visit our Heartfelt Sympathies Store.

Receive notifications about information and event scheduling for Donald

We encourage you to share your most beloved memories of Donald here, so that the family and other loved ones can always see it. You can upload cherished photographs, or share your favorite stories, and can even comment on those shared by others.

Posted Apr 14, 2020 at 03:49pm
You have my deep sympathy on the passing of Donald. We spent seemingly endless hours driving around in his Olds 442, listening to Bob Seger, Manfred Mann, Fleetwood Mac, and other 70's classics. He's now "Run-in' Against The Wind", set free in Heaven. So long, my friend.
Comment Share
Share via:
KS

Posted Apr 06, 2020 at 11:53am
We are so sorry for your loss. Sending love, comfort and support to the entire family during this difficult time. With deepest sympathy.

Posted Apr 06, 2020 at 11:52am
I am so sorry for your loss. We are sending love and support to the entire family during this difficult time. With deepest sympathy, 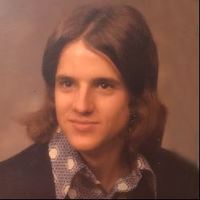