To share your memory on the wall of Edwin Volesky, sign in using one of the following options:

For those attending please follow the Covid-19 social distancing guidelines recommended by the Department of Health.

Edwin passed away Sunday, August 2, 2020 at his home with his family at his side.

Edwin was born August 24, 1931 in Dunn County, the son of Joseph and Mary (Karsky) Volesky. As a young boy, he attended grade school at Sts. Peter & Paul Elementary in New Hradec. He graduated from Dickinson Model High in 1949. Edwin married Irene Hendricks on September 5, 1956 at St. Joseph’s Catholic Church. To this union they were blessed with seven children. Together they farmed on the family farm in Dunn County before moving to Dickinson in 1960. He joined his brother-in-law in building kitchen cabinetry for fourteen years. In 1969, Edwin became an employee with TMI, retiring in 1994 after 25 years of service. He enjoyed and kept busy in retirement, driving the activity school bus for Dickinson Public Schools for 17 years. He and Irene loved to travel and were blessed to see many European countries, Australia, New Zealand and all but five states. He enjoyed family time at their lake cabin with the children and grandchildren. Playing cards (especially pinochle) with his morning coffee group also put a little fun into his retirement. Edwin was active in his faith, serving as lector, Eucharistic Minister and usher for St. Joseph’s Catholic Church. He was a member of Knights of Columbus and served as 2nd Grand Knight of the newly formed Council 1515, a 70 year member of Catholic Workman W121 (FCSLA), St. Anthony’s Club, Charter member of Dickinson Charities and board member for 26 years. Edwin will be missed by many.

To send flowers to the family or plant a tree in memory of Edwin Volesky, please visit our Heartfelt Sympathies Store.

Receive notifications about information and event scheduling for Edwin

We encourage you to share your most beloved memories of Edwin here, so that the family and other loved ones can always see it. You can upload cherished photographs, or share your favorite stories, and can even comment on those shared by others.

Love, The Moreau and Downs Family sent flowers to the family of Edwin Volesky.
Show you care by sending flowers

Flowers were purchased for the family of Edwin Volesky. Send Flowers

Love, The Moreau and Downs Family

Love, The Moreau and Downs Family purchased flowers and planted a memorial tree for the family of Edwin Volesky. Send Flowers

Posted Aug 04, 2020 at 11:53am
Our deepest sympathy to the Volesky family. There are so many good memories from working with Ed at TMI. What an impact he made on so many projects in so many states! Rest in peace Ed. We will miss you.
Comment Share
Share via:
LJ 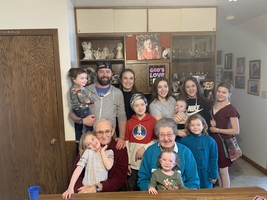 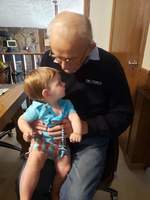 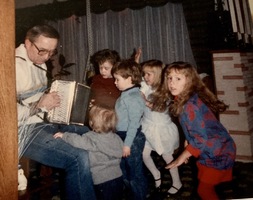 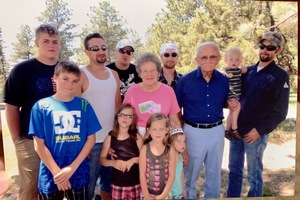