To share your memory on the wall of Floyd Hushka, sign in using one of the following options:

Provide comfort for the family of Floyd Hushka with a meaningful gesture of sympathy.


Floyd passed away on Friday, January 24, 2020 at St. Benedicts Health Center in Dickinson.


Floyd was born on July 27, 1928 the son of John and Pauline (Berger) Hushka in Dunn County. He grew up and attended schools in Dunn County. Floyd was drafted into the US Army and served during the Korean War. He was honorably discharged in 1951 and served in the Army Reserves until 1956. Upon returning to the Dickinson area Floyd worked at various jobs. He started working for the Letvin Farm Equipment and worked his way to service manager which he held for many years. He also worked for Pump Systems and was with them for a number of years. Floyd was married to Adaline Kuntz on May 31, 1954 in Dickinson. To this union seven children were born, Roxie, Niles, Gregg, Keith, Laurie, Doug and Tanya.  In 1995, Floyd semi-retired and still kept working at various jobs.


He was a member of the Knights of Columbus Council 1515, Queen of Peace Catholic Church and volunteered time at the Dickinson Museum. He enjoyed painting, a self-claimed artist, enjoyed playing the accordion and listening to polka music. He especially loved and enjoyed his family.


He was preceded in death by three brothers, an infant named John and a second brother, John and Andrew and his wife Jo; five sisters, Mary Ficek and her husband, Pete, Isabelle Wock and husband, Nick, Phyllis Markel and her husband, Gordon, Elaine Dobitz and her husband, Herb and Alice Hushka; a brother-in-law Terry Norton.


In lieu of flowers please consider a memorial to the Alzheimer’s Association at www.alz.org for research or St. Jude’s Children’s Research Hospital at www.stjude.org.

To plant a memorial tree in honor of Floyd Hushka, please visit our Heartfelt Sympathies Store.

Receive notifications about information and event scheduling for Floyd

There are no events scheduled. You can still show your support by sending flowers directly to the family, or planting a memorial tree in memory of Floyd Hushka.
Plant a Tree

We encourage you to share your most beloved memories of Floyd here, so that the family and other loved ones can always see it. You can upload cherished photographs, or share your favorite stories, and can even comment on those shared by others.

Posted at
Doug, Renelda and Family, I was saddened to read of the passing of your Father/Father-in-Law. I remember Floyd to be a kind neighbor and a very engaged and active Father - specifically in anything related to THS Athletics. Our thoughts and prayers are with you and the family at this time. Thomas and Melisa Kennedy
Comment Share
Share via:
JS

Posted at
So sorry to hear this sad news. I worked with Floyd at Pump Systems. He was always so friendly to me till he found out I was Tom Keller's sister - he would rant about Tom. He didn't hold it against me though. He was a kind soul. Jean Keller Schmidt
Comment Share
Share via:
BK

Posted at
Adeline, Tanya, and family, My Mom told us last night of Floyd's passing. I was sorry to hear this. We had a very enjoyable childhood growing up next to you on 12th street. May God provide relief and bless you all during this difficult time. Brenda Kirkeby
Comment Share
Share via:
SW

Posted at
Our thoughts and prayers are with you during this difficult time. Uncle Floyd will be missed by many. May you find comfort and strength in the memories you have. Deepest sympathy to all of you. with Love, Prentice (Mary), Curtis (Sandra), Paul (Tamara) Markel & Sheila (Robert Tuleya)
Comment Share
Share via: 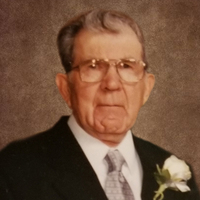