To share your memory on the wall of Frank Karsky, sign in using one of the following options:

Frank was born on January 20, 1934 in Dickinson to Frank J. Karsky and Emma (Marsh) Karsky. He grew up on the farm in Dunn County, he attended rural school, St. Peter and Paul Catholic School in New Hradec, ND, St. Procopius Academy in Lisle, Ill., and graduated from Dickinson High School in 1951.

On September 9, 1953 he married Lorraine Kadrmas at St. Wenceslaus Church in Dickinson. The couple was blessed with three children, Jayleen, Jeril Lynn, and Jared. They lived in Dickinson until 1956 when they purchased their farm West of New Hradec and farmed and ranched raising Charolais cattle until they retired in 2008. Frank loved farming and took great pride in his family.

He was a member of Queen of Peace Church, Elks, Eagles, St. Anthony Club. He enjoyed playing cards, dancing, bowling, fishing, and going on trips. He was very proud of his hole-in-one in the Knights of Columbus Golf Tournament.

To send flowers to the family or plant a tree in memory of Frank Karsky Jr., please visit our Heartfelt Sympathies Store.

Receive notifications about information and event scheduling for Frank

We encourage you to share your most beloved memories of Frank here, so that the family and other loved ones can always see it. You can upload cherished photographs, or share your favorite stories, and can even comment on those shared by others.

June and Marlin Rambousek sent flowers to the family of Frank Karsky Jr.
Show you care by sending flowers

Posted Apr 19, 2020 at 02:57pm
I so enjoyed getting to know Frank. He was always quick to laugh and easy to be around. I always looked forward to seeing him and playing cards; it seems like we always won! I know that you will miss his great attitude and kind nature. Blessings to you all in this heart-breaking time. Suzanne (Voigt) Wofford - San Antonio.
Comment Share
Share via:
J

Posted Apr 18, 2020 at 12:40pm
I think I knew your dad from church and exercise class at the community center. He was always friendly and pleasant. I want to say to Jayleen, Jeril and the rest of the family that I am so sorry for your loss. Prayers are with you.
Comment Share
Share via:
J

we were privileged to know Frank quite well at Edgewood Hawks Point the past many months and always enjoyed his company. He will be missed as a part of the family here. God be with his family. Del and Joyce Gab
Comment Share
Share via:
IW

Posted Apr 16, 2020 at 11:43am
Dear Karsky family,
Our sincere sympathy to Frankie and Lorraine's family.
I was the teacher who lived with your family during the 1962-1963 school year and lived with your family during that year. It was a short jaunt up the hill from your house to the little white school house ( and on the way home, I would stop and talk to the Rambousek boys across the fence.) Such fond memories!!
Last summer we were in Dickinson and learned that your Dad lived at Evergreen and we decided to stop and surprise him. Of course, he shared some of his "medications" with us. It was such a nice visit, reminiscing; we are so glad we took the time to do it. Jayleen and Jeril, you were little girls at the time I stayed, but be reassured I truly enjoyed my year at your house. May your parents again be able to dance and may they rest in peace. We will have two Masses read for them. We will watch the live-streamed Mass. God bless you all.
Love and prayers,
Leonard and Irene (Morman) Wehri
Comment Share
Share via:
J

Thank you so much. I remember you as the pretty lady that lived upstairs.
RS

We are so saddened by the passing of your dad, our good neighbor and friend. We have only wonderful memories of the witty and fun filled man. My husband also got to know him and enjoyed every visit with him. He was special to us both and we are so sorry for you all. God's blessings to you. 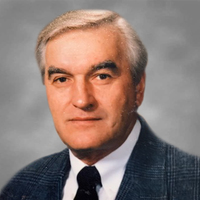 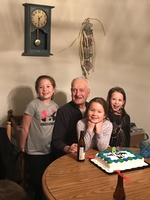 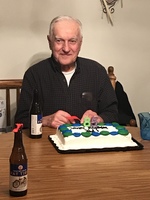 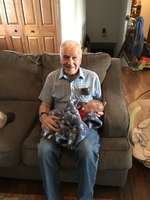