To share your memory on the wall of Gladys Goudy, sign in using one of the following options:

A memorial service will be held at a later date.

A memorial service will be held at a later date.

Gladys was born March 14th, 1927 in Minneapolis, MN she was the first born to John and Lula (Pulvermacher) Flyberg of seven children. She grew up on the family farm and attended school near Chalky Butte township. She attended New England High School for 3 years, later on she completed her GED in Dickinson.

On October 20th, 1945, Gladys married Robert Hoffer and the couple resided in rural Regent where Gladys was a farm wife, with all that entails along with raising her family. In 1964 Gladys moved to New England where she continued the raise her family. In 1974 Gladys married Robert Goudy and moved to Hettinger, ND where she worked as a Home Health Aid. Retiring in 1992, Gladys moved again and made her home at a residence in Dickinson. In 2013 she moved into Evergreen for a time, and received excellent care there until she needed more assistance, she then moved to St. Benedicts Health Center. Gladys was a member of St. John's Lutheran Church.

The Family would like to thank St. Benedicts Health Center for all the care they gave our mother.
Read Less

Receive notifications about information and event scheduling for Gladys

There are no events scheduled. You can still show your support by sending flowers directly to the family, or planting a memorial tree in memory of Gladys Goudy (Flyberg).
Plant a Tree

We encourage you to share your most beloved memories of Gladys here, so that the family and other loved ones can always see it. You can upload cherished photographs, or share your favorite stories, and can even comment on those shared by others.

Plant a Tree in Memory of Gladys
Plant a tree 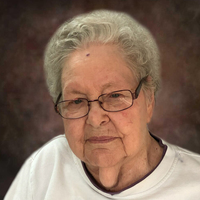 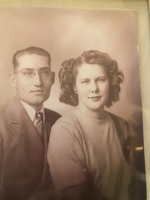 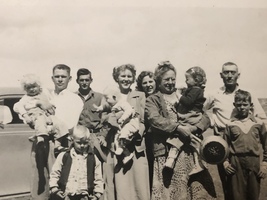 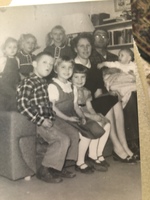