To share your memory on the wall of James Wyckoff, sign in using one of the following options:


Visitation for James will be f... Read More
Funeral Services for James Wyckoff, 83, of Dickinson, formerly of Sentinel Butte will be 10 a.m. Saturday, January 18, 2020, at the Medora Community Center, Medora, ND, with Bernie Krebs officiating.


James passed away Friday, January 10, 2020 at St. Benedict’s Health Center in Dickinson, surrounded by his family.


James was born on July 21, 1936 in Medora, ND the son of Robert and Mae (Brown) Wyckoff.  James attended the Nelson school and Sentinel Butte school, graduating from the eighth grade.  James grew up in Medora and on the family farm east of Sentinel Butte; where he resided until 2016, upon entering St. Benedict’s Heath Center.


James always had a love for horses, he bought his horse Trigger from Jim Tescher for $33, the Tescher family lived across the road from the Wyckoff’s and Jim would race Trigger against the Tescher boys horses often winning.  James enjoyed breaking horses and worked for ‘Badlands Bill’ McCarty, a colorful and rugged horse-trading cowboy along with horse buyer Steve Chase.  It was through this connection that he met his cowgirl bride Marjorie Burman.  James and Marjorie were married September 28, 1963 in Glendive, MT.  To this union, Tom and Dean were born.  James started working for the Northern Pacific Railroad, later Burlington Northern-Santa Fe, at age 16 and retired in 1990.  James and Marjorie lived in Medora for a short time and then moved to the family farm east of Sentinel Butte where they also raised cattle and horses.  Upon retirement, James continued his love for horses by buying a Belgian team “Oliver” and “Leroy” from Ralph Roshau.  James enjoyed sharing “Oliver” and “Leroy” with others and they could be seen in parades in Beach and for many years giving wagon rides during the Cowboy Christmas in Medora.  James served on the board of the Sentinel Butte Cemetery Association for several years.   On the night prior to passing, James watched the final round of the 2019 National Finals Rodeo.


James enjoyed his time with friends, spending time at the Ponderosa, coffee at Flying J and later Olson’s service at Sentinel Butte.  James especially enjoyed time spent with his family and visiting with his nieces and nephews.  Hunting season was a favorite time for him with having family and friends stop by to visit.


His pride and joy was the arrival of his grandson Gabe and granddaughter Kaitlynn.  He looked forward to their visits and going hunting with Gabe and playing dice with Kaitlynn.


James was so proud of his family and is survived by his loving wife of fifty-six years, Marjorie; his two sons, Tom (Lynn), Dickinson and Dean (Lisa), Medora; his two grandchildren Gabe Wyckoff and Kaitlynn Wyckoff.  He is also survived by his sister, Ruby Miller of Creswell, Oregon and his sisters-in-law Phyllis Wyckoff and Loretta Wyckoff of Beach, as well as several nieces and nephews.


James was preceded in death by his parents, Robert and Mae Wyckoff, and his four brothers, Don, Kenneth, Lyle and Dale.


The family is grateful for those that visited James at Saint Benedict’s and the loving and compassionate care that he received from the staff.  He so enjoyed the staff at Saint Benedict’s, he would visit with them and got to know them personally by first name and even assigned nick names.

To plant a memorial tree in honor of James Wyckoff, please visit our Heartfelt Sympathies Store.

Receive notifications about information and event scheduling for James

There are no events scheduled. You can still show your support by sending flowers directly to the family, or planting a memorial tree in memory of James Wyckoff.
Plant a Tree

We encourage you to share your most beloved memories of James here, so that the family and other loved ones can always see it. You can upload cherished photographs, or share your favorite stories, and can even comment on those shared by others.

Posted at
Prayers for you and your family Tom! God love all of you during this time and surround you with his presence. God Bless! Pam & Joe Montee
Comment Share
Share via:
DM

Posted at
Tom and Dean, sorry to hear of your Dad's passing. My prayers are with you all. May he rest in peace. God bless you all.
Comment Share
Share via:
KP

Posted at
Dean, Lisa and Gabe I’m so sorry to hear of Jim’s passing. Spent a lot of time with him at the Medora Convenience store playing 31. He was a great asset to Medora’s Old Fashion Christmas with his wagon rides around town with his great team of horses. He will be missed. Hugs
Comment Share
Share via:
DL

Posted at
Tom and family, we were sorry to read that your father passed away. We always enjoyed visiting with him at St. Ben's. Our thoughts and prayers are with you all. Linda Haught and Betty Cornell
Comment Share
Share via: 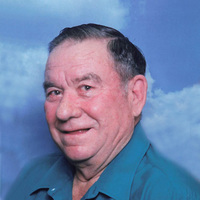