To share your memory on the wall of John Neurohr, sign in using one of the following options:

Print
To view the live stream of John's Rosary & Vigil, please copy and paste the following link into a new web browser
https://youtu.be/Fuew7Rz9ysE

Liturgy of the word for John Neurohr, 87, of Dickinson will be 10:00 a.m., Tuesday, Aug... Read More
To view the live stream of John's Rosary & Vigil, please copy and paste the following link into a new web browser
https://youtu.be/Fuew7Rz9ysE

Liturgy of the word for John Neurohr, 87, of Dickinson will be 10:00 a.m., Tuesday, August 25, 2020 at Stevenson Funeral Home with Deacon Bob Zent officiating. Burial will follow at St. Thomas Cemetery in Gladstone.

To view the livestream of John’s Liturgy and Rosary please go to webcast link on www.stevensonfuneralhome.com.

John was born September 12, 1932 in Dickinson, son of John and Anna (Kronbauer) Neurohr. He graduated from Gladstone High School in 1951. He married Dorothy Schwindt on August 13, 1956. To this union nine children were born; Cher, Lynn, Jean, Dennis, Lorna, Deb, Donna, Mark and Mickey. John farmed alongside his parents until the couple bought their own farm. They moved back to Gladstone in 1963. Together they enjoyed and grew a bountiful garden which was irrigated by a nearby river. John was a hard worker and instilled those values in his children. He owned and operated Johnny’s Truck Line and the Gladstone Bar for many years. He then went on to work for various Construction Companies as a Heavy Equipment Operator. Due to a work accident he was unable to continue working. He married Eleanor Harstad in Miles City on February 11, 1994. The couple lived in Miles City until moving back to Dickinson in 2018. John and Eleanor were a part of the Good Sam’s club and traveled to see many polkas together. He was also involved as a Boy Scout leader.

He is preceded in death by his parents, John and Anna Neurohr; and brother, Matt Neurohr.

To send flowers to the family or plant a tree in memory of John Neurohr, please visit our Heartfelt Sympathies Store.

Receive notifications about information and event scheduling for John

We encourage you to share your most beloved memories of John here, so that the family and other loved ones can always see it. You can upload cherished photographs, or share your favorite stories, and can even comment on those shared by others.

Shirley muhs sent flowers to the family of John Neurohr.
Show you care by sending flowers

Posted Aug 28, 2020 at 04:59pm
Eleanor, Jerry and I send our heartfelt condolences to you and the whole extended family. We both felt lucky to have known you both when you were in Miles City and miss playing cards with you. May God bless and hold you in his healing hands. Mary and Jerry Partridge

Posted Aug 25, 2020 at 11:44am
Neurohr Family,
Sending love and sympathy to you all. Sorry we couldn't be there for the service today. Loved the video music.
Jon and Lori Jury
Valley City
Comment Share
Share via:
E

Posted Aug 24, 2020 at 08:41pm
Eleanor and family of John Connie and I send you our condolences and prayers. Connie and Gene Bankey
Comment Share
Share via:
JF

Posted Aug 24, 2020 at 07:52pm
Thinking of you Eleanor. You did a mighty fine job of taking care of John. You two were always a joy to visit with.
Jack and Caroline Fleming
Comment Share
Share via: 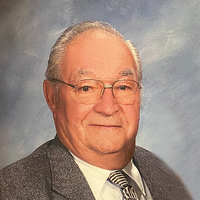