To share your memory on the wall of Kasmer Kremer, sign in using one of the following options:

Provide comfort for the family of Kasmer Kremer with a meaningful gesture of sympathy.

Kasmer “Kash” Kremer was born October 7, 1945 to Fred and Eva (Bachmeier) Kramer at Rugby, ND, the oldest of eight brothers and sisters. Kash attended schools in Burlington and Des Lacs. His family moved a lot when he was young. When he was eight years old, he spent the summer on his grandparent’s farm working, milking cows and raking hay with a team of horses. Kash joined the Army Reserves in 1964 and was honorable discharged in 1970. Later on he worked various jobs eventually going to work in the oilfield driving truck. He was a member of the “Million Miles Club” driving a million miles for Koch Oil Company, hauling oil and water all over western North Dakota, northeastern South Dakota and eastern Montana. During his 20 some years in the Oilfield, Kash also was a salesman for a chemical company and a pipe inspection company. Kash went to work for the City of Dickinson working there until he retired with a disability.

Kash met Kim Kulseth in 1980 and the two were married on April 17, 1982. To this union where born, Nathan and Ashley, who joined Kari and James from a previous marriage. Kim was the love of his life, now and forever. Kim was always there for him through thick and thin, which there was a lot of. Kash completed his GED in November of 1993, an accomplishment he was proud of. He was a member of the Eagles where he held various positions for 6 years, including Local President three times, as well as Dakota State Eagle President.

A special thank you to Kailey and Destiney for always being there for Kash. He said “He will see you all down the road. Hope the beer is cold up there!”

To plant a memorial tree in honor of Kasmer Kremer, please visit our Heartfelt Sympathies Store.

Receive notifications about information and event scheduling for Kasmer

There are no events scheduled. You can still show your support by sending flowers directly to the family, or planting a memorial tree in memory of Kasmer Kremer.
Plant a Tree

We encourage you to share your most beloved memories of Kasmer here, so that the family and other loved ones can always see it. You can upload cherished photographs, or share your favorite stories, and can even comment on those shared by others.

Posted Dec 30, 2019 at 12:00am
My papa was a pretty great person, he was always smiling even when times were hard. Even if you needed to talk to him he was there if you needed him. At times though he could be really annoying in which I mean we would go on trips and he would say okay we are going to leave at 8 in the morning, well we all know how that went he would wake up at like 5:30 in the morning and told us to get up and get really to go so we would always be on the road by 6 in the morning. In the last few months of his life he got very sick and had some surgery, even with that going on my papa was always positive and a lot of people knew how close I was to him, I would say I'm his doctor nobody else. They would say no do it this way and I would be like no I'm the doctor and he would just sit there and laugh. Just like his water I swear that man could drink so much then still be asking for more. It's just a shame that he had to leave all of us so soon and not even say goodbye. He will be forever missed and forever loved. At least he may be gone but at least I get to carry him with me every day, and I know that he would be up in heaven with a cold bud light watching us but also playing his solitaire or his sudokus that he did every day. Rest in peace papa you will never be forgotten, always in our hearts no matter how far away you might be. I'll see you one day down the road.
Comment Share
Share via:
NC

Posted Dec 13, 2019 at 12:00am
I only met my Uncle Kash one time, but I'll never forget his mischievous grin and the sparkle in his eye. My deepest sympathies. Love, Natalie
Comment Share
Share via:
SD

Posted Dec 06, 2019 at 12:00am
Our condolences with Kashes family. My brother and I grew up with the Kremer family in Burlington. We have lots of memories. Although we didn’t see much of him over the years he has always been deep in our memories.. Rest In Peace my friend Don and Sandy Dormanen. (Leathes)
Comment Share
Share via:
DS

Posted Dec 06, 2019 at 12:00am
Kim and Family, Our thoughts and prayers are with all of you. God bless all of you and keep you in His loving care. Our deepest Sympathies Love, Ralph and Debby Skoglund
Comment Share
Share via:
VR

Posted Dec 06, 2019 at 12:00am
Oh, Kim, we are so sorry. We always enjoyed our times with Kash. He was a great guy. Our prayers and thoughts for you and your family at this sad time.
Comment Share
Share via: 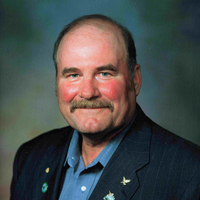