To share your memory on the wall of Kenneth Kanski, sign in using one of the following options:

Kenneth passed away December 13, 2019 at CHI St. Alexius in Bismarck.

Kenneth William Kanski was born on July 2, 1953 the son of Sam and Margaret (Palaniuk) Kanski in Dickinson. He grew up on the farm attending the Whitetail Country School through the 8th grade. Kenny then attended Belfield Public School graduating in 1971. He enrolled in the ROTC at NDSU with the dream as a kid of being a pilot in the Air Force. His eyesight deterred him from being a pilot but he persevered and graduated from the ROTC program with his degree in farm economics. Kenny aka “Henry” as many of his family and friends called him returned and took over the family farm in Fairfield. He also worked in the oilfield for many years both as a rough neck and pumper.

Kenny was called the “St. Francis” on earth. Wherever he went cats, dogs, and chickens followed him everywhere. Except cows, cows never went where Kenny wanted them to go. The one time in life where he would have maybe used a foul word was at a cow, but none the less Kenny never spoke a cuss word throughout his life. Kenny loved to drive his S10 Ford pickup going and coming from the oilfield. He enjoyed playing guitar and played in several bands one of them being the Northern Nights. Kenny was an accomplished carpenter building all of the farm buildings and shop. He loved the kids whom he called “His Kids” were his nephews and nieces. Kenny was a great caregiver and took care of his mother after the death of his father.

Kenny was a faithful member of the St. Demetrius Ukrainian Catholic Church

He was preceded in death by Parents Sam & Margaret and a second cousin, Zachary Arthaud

In lieu of flowers Memorials may be given to St. Demetrius Ukrainian Catholic Church, PO Box 428, Fairfield, ND 58627

To plant a memorial tree in honor of Kenneth Kanski, please visit our Heartfelt Sympathies Store.

Receive notifications about information and event scheduling for Kenneth

There are no events scheduled. You can still show your support by sending flowers directly to the family, or planting a memorial tree in memory of Kenneth Kanski.
Plant a Tree

We encourage you to share your most beloved memories of Kenneth here, so that the family and other loved ones can always see it. You can upload cherished photographs, or share your favorite stories, and can even comment on those shared by others.

Posted Dec 18, 2019 at 12:00am
After ten+ years of playing in bands together, I think it's fair to say Ken Kanski was never happier than when he had a guitar in his hands! When I was back in North Dakota two months ago, I am so glad I got the opportunity to stop and see him. We spent three hours reminiscing about the good ol' days of "Kenny & the Brewsers", "Radioactive", and "Northern Nights". -- the music we played, the bandmates who came and went, the friends who attended our dances (weddings, street dances, bar gigs, barn dances...) I brought a friend from Minnesota with me, and Kenny was like a kid in a candy store, "showing off" mementos to my friend in the old school house where we practiced. He had cherished photos and posters, fading hand-scribbled lyric sheets, our fire-hazard home-made light bar, and the rusting blue van (with no heat!) that hauled our equipment -- all relics of a happier time, when hard work at practice would be rewarded by a few hours of playing music and seeing all our friends having a good time. I never saw him angry (well...unless we started talking politics -- ha!) I remember once, talking about all of the time we spent practicing to learn "covers" of other people's songs, Kenny explained why it was so important to try to get it as close to the original as possible: He said it was because we never knew, for someone listening, if it might be that person's "special" song, the one that played on the radio when they had their first kiss, or first dance, or got engaged, etc... He wanted us to do the songs well enough to bring back those happy memories for others. So he would spend hours in the school house, wearing out the grooves in his albums, playing them over and over to learn guitar licks... I will always remember him for his love of music, his many talents, and his big heart -- and most of all, for his friendship. Everyone has their own ideas about Heaven... in mine, I imagine somewhere there's one awesome jam session going on, with Kenny Kanski on guitar, Mark Grosulak on drums, and perhaps even John and George of his beloved Beatles joining in! -- getting by with a little help from his friends!
Comment Share
Share via:
RU

Posted Dec 14, 2019 at 12:00am
To the Kanski family! I am greatly saddened to learn of Ken’s passing. Ken was a true friend to all who had the privilege to meet him. Ken was a hard worker and a man of high integrity! I will never forget the times we met in the oil field working on the Unidraulic Jet Lift Production Systems. He was a high regarded lease operator and very dependable!
Comment Share
Share via: 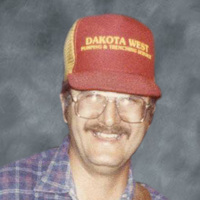