To share your memory on the wall of Kevin Jacobs, sign in using one of the following options:

Kevin passed away on Tuesday, February 18, 2020 at CHI St. Alexius Healthcare in Dickinson.

Kevin LeRoy Jacobs was born February 27, 1959 in Hettinger, ND, the son of LeRoy and Carol (Davidson) Jacobs. He grew up on the family farm south of Reeder. Kevin attended country school and later St. Mary’s High School in New England graduating in 1978. He worked in New England at Farmers Union for several years along with farming. Kevin then attended Colorado Aero Tech where he studied to be an Aviation Mechanic. He began working for Merlin Express, which took him to various stops from Williston to New Jersey and Texas. Due to health reasons, Kevin returned to the Regent area where he then helped his brother, Kelly.

Kevin loved working on automobiles along with collecting cars and artwork. He enjoyed reading, discussing politics and studying the Bible. He was social and loved visiting with friends and family.

He was preceded in death by his parents, LeRoy and Carol; sister, Patricia Marie Raddatz; and brother-in-law, Mike Printz.
Read Less

To plant a memorial tree in honor of Kevin Jacobs, please visit our Heartfelt Sympathies Store.

Receive notifications about information and event scheduling for Kevin

We encourage you to share your most beloved memories of Kevin here, so that the family and other loved ones can always see it. You can upload cherished photographs, or share your favorite stories, and can even comment on those shared by others.

Posted Feb 24, 2020 at 02:57pm
Related to pics- yes Kevin we see your muscles! Now can we get back to fishing. Thank you for the memories. You were always the one with the great ideas- even some of those not so great ones. But somehow you always seemed to be across the way smirking when they fell apart. Then we knew he got us again! I’m filled with memories too numerous to mention today. He truly lived his life to the fullest— he was ‘rich’ in many ways. I know he took one last race on ‘his road’ as heavenward he went. My thoughts and prayers are with you Suzette and Leann.
Comment Share
Share via:

Posted Feb 22, 2020 at 11:07am
Kevin was one of the most generous, kindest, coolest cats I ever met! Will never forget the first ride I had in a Trans Am was with him..many moons ago! Not to mention all the help he gave my dad and engines he fixed!! Sorry for your loss. Jill Engraf and my crew!
Comment Share
Share via:
DN

Posted Feb 21, 2020 at 12:47pm
Our sympathy to Kevin's siblings as they prepare their final "Good bye" to their brother. It is always hard to lose a member of your family and we will keep you all in our thoughts and prayers during this difficult time, Deloris (Jacobs) and Rod Nielsen
Comment Share
Share via:
TM 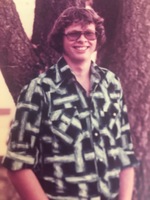 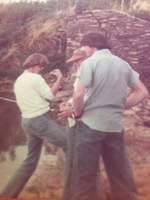 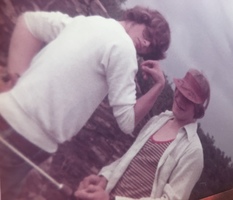