To share your memory on the wall of Leo Schatz, sign in using one of the following options:

Leo’s funeral service will be live streamed at www.stevensonfuneralhome.com, with the link being available just prior to service time.

Leo was born in Stark County on February 10, 1936, the son of Emmanuel and Pauline (Heipel) Schatz. As a young boy, he grew up on the family farm near Antelope where he attended country school. After his father died at a young age, Leo took over the family farm. He later helped his mother run the Pool Hall and Rec Center in Elgin, ND. It was during this time that he met Angela Schmitt. Leo married Angela on April 4, 1964 at St. Vincent’s Catholic Church in Mott. Their marriage was blessed with five children, Sheila, Wayne, Shea, Scott and Lynelle. Leo worked many seasonal heavy equipment jobs over the years which took his family to Regent, Richardton and Beulah before they settled in Dickinson. In recent years, he worked at Dickinson State University and the Dickinson Press. Leo loved hunting (especially pheasants), playing pinochle, bingo and drinking Old Milwaukee. He also enjoyed gardening, flowers, watching rodeos and western movies. Leo will surely be missed by his faithful dog, Buddy. He will be remembered for his hard-working traits and even though he was a quiet man, his words stood out when he shared his stories.

He was preceded in death by his parents, Emmanuel and Pauline Schatz; brothers, Marvin and Harvey Schatz; sister, Betty Steckler.

To send flowers to the family or plant a tree in memory of Leo Schatz, please visit our Heartfelt Sympathies Store.

Receive notifications about information and event scheduling for Leo

We encourage you to share your most beloved memories of Leo here, so that the family and other loved ones can always see it. You can upload cherished photographs, or share your favorite stories, and can even comment on those shared by others.

Josh, Nikki, & Amy and Schmitt Nieces and Nephews sent flowers to the family of Leo Schatz.
Show you care by sending flowers

Posted Oct 14, 2020 at 10:15am
Dear Angie & Family, We are thinking of you on this most difficult day. Our love is with you as you put Leo to rest. We will be watching the Live Streaming Service. Wish we could be with you! Much love, Izzy & Del
Comment Share
Share via:
JA

Posted Oct 12, 2020 at 11:27am
Angie & Family, We are saddened to hear of Leo's passing. Our thoughts and prayers to all of you. We are grateful for all you have done for us.

Posted Oct 11, 2020 at 10:33pm
I did not know him but I know his son Wayne and Wayne is a great cuz and my cuz Robbon we will be praying for everyone love to y’all
Comment Share
Share via:
SN

Posted Oct 10, 2020 at 02:41pm
To Aunt Angie and all of our cousins, our deepest sympathy and with loving thoughts to comfort you at this time. 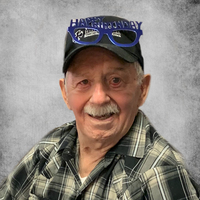 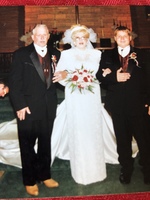 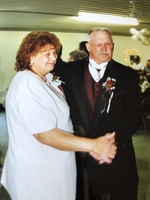 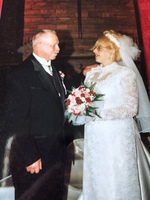