To share your memory on the wall of Marilyn Wetsch, sign in using one of the following options:

Funeral Mass for Marilyn Wetsch, 87, of Dickinson, will take place at 9:30 a.m., Tuesday, September 22, 2020 at St. Mary’s Catholic Church in Richardton with Father Thomas Wordekemper OSB celebrating. Burial will follow in St. Mary Cemetery. For those attending, please follow the social distancing guidelines as suggested by the Health Department.

Marilyn passed away on Wednesday, March 25, 2020 at the Springs at Grand Park in Billings, Montana.

Marilyn Doris Thomas was born on July 12, 1932 in Dickinson the daughter of Nick and Margaret (Jurgens) Thomas. She grew up on the farm north of Richardton and attended schools in Richardton and Dickinson graduating from high school at St. Mary’s High School, in Richardton in 1951.

Marilyn went on to attend a year of college. She was married to Thomas J. Wetsch on July 8, 1953 in Richardton. To this union three sons where born, Dan, Dave and Brian. Together through the years and many moves due to the military service Thomas and Marilyn raised their three sons. After retirement Thomas and Marilyn moved to Dickinson where they have made their home since. After the death of Thomas, Marilyn enjoyed her home for several years. Due to failing health she moved to Billings to be closer to her sons.

Marilyn enjoyed having her sons and Thomas ride their motorcycles, traveling and camping. She also enjoyed listening to old time music going on long walks, feeding the squirrels, birds and rabbits. She was a member of the Queen of Peace Catholic Church.

Preceded in death by her, parents; her husband, Thomas J. Wetsch; and a sister, Marian.
Read Less

To send flowers to the family or plant a tree in memory of Marilyn Wetsch (Thomas), please visit our Heartfelt Sympathies Store.

Receive notifications about information and event scheduling for Marilyn

We encourage you to share your most beloved memories of Marilyn here, so that the family and other loved ones can always see it. You can upload cherished photographs, or share your favorite stories, and can even comment on those shared by others.

Posted Apr 08, 2020 at 09:09pm
Dan, I knew your mom for such a short time, but enjoyed her immensely. Such a warm, gracious lady. My sincere condolences.
Karen Dassinger

Posted Apr 03, 2020 at 11:26am
Wetsch Family,
I was saddened to learn of the passing of your Mother. I remember her and Tom leading an active life and their enjoyment taking motorcyle rides.

Posted Mar 28, 2020 at 02:24pm
Dan, you know I loved your Mom very much. We sure connected as a result of our shared military life. She was always a gracious lady and I loved our afternoon drinks and snacks. Loved a great beer with her. May she rise in glory as she is reunited with Tom.
Comment Share
Share via:

Posted Mar 27, 2020 at 06:34pm
We have fond memories of Marilyn while she resided at Evergreen! She loved to have her hair done and a was a very classy lady! Blessings to all of the family.
The Evergreen staff
Comment Share
Share via: 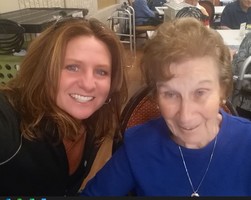 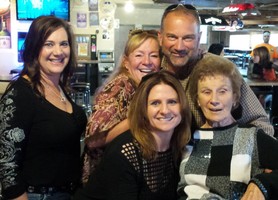 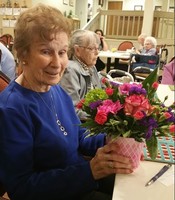