To share your memory on the wall of Marvin Soehren, sign in using one of the following options:

Marvin Douglas Soehren was born June 12, 1943, to Henry and Helen (Gunther) Soehren in Scranton, North Dakota. The family lived in the Scranton area until Marvin was in fourth grade when they moved to Bison, South Dakota. In 1956, the family moved to Reeder, North Dakota and purchased George’s bar which became Hank’s Bar. Marvin enjoyed watching TV in the bar and playing football and basketball. Marvin graduated from Reeder High School in 1961 as a Rocket. Upon graduation, Marvin, enlisted into the United States Army. He was stationed for a year in Thule, Greenland. Since he was north of the Arctic Circle he became a “Knight of the Blue Nose.” Marvin was proud of the time he spent serving his country. When he returned he was stationed in Washington State until he was honorably discharged in May, 1964. Marvin married his high school sweetheart, Sharon Honeyman on August 11, 1964.

Marvin loved his family and especially his grandchildren. He attended as many athletic events as he was able. He was a woodcrafter and made many beautiful things. He enjoyed sharing things he made. He loved to hunt, fish, camp, collect stamps and coins. He goose hunted yearly with his father-in-law, brothers-in-law, nephews, son and grandson.

To plant a memorial tree in honor of Marvin Soehren, please visit our Heartfelt Sympathies Store.

Receive notifications about information and event scheduling for Marvin

There are no events scheduled. You can still show your support by sending flowers directly to the family, or planting a memorial tree in memory of Marvin Soehren.
Plant a Tree

We encourage you to share your most beloved memories of Marvin here, so that the family and other loved ones can always see it. You can upload cherished photographs, or share your favorite stories, and can even comment on those shared by others.

Posted Nov 10, 2019 at 12:00am
Sharon and family, thinking of you. Sorry to hear about Marvin. Marvin was a very good man. Will be praying for you.
Comment Share
Share via: 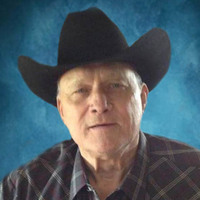