To share your memory on the wall of Melrene \"Mel\" Carlson, sign in using one of the following options:

Melrene was born in Hettinger, ND on September 7, 1959 at Hettinger Hospital to her parents Leland and Kay Carlson. Melrene had fond memories of growing up on the family ranch in Ralph, SD. She loved riding horseback on the farm and had a passion for baking. She was an active member in 4-H and won many awards in showing cattle and baking in local 4-H events including the state fair. She attended and graduated from Reeder High School in 1977. After high school she worked at the Hettinger Hospital as a CNA. Melrene was married in 1978 to Monte Besler and had 5 children. She later re-married to Greg Soiseth in 1994 and had 2 children. Melrene worked at County Line Truck Stop in Dickinson where she was admired and loved by her co-workers and regular customers that knew her very well. She is best known for her loud infectious laugh and huge smile and the occasional snort. She was known as a social butterfly and loved spending time with friends and family. She enjoyed going to rodeos, music concerts, and loved going to the casino. She will be greatly missed by her friends and family.

Melrene was preceded in death by her father, Leland Carlson; and son Dustin Besler.
Read Less

To send flowers to the family or plant a tree in memory of Melrene "Mel" Carlson, please visit our Heartfelt Sympathies Store.

Receive notifications about information and event scheduling for Melrene "Mel"

We encourage you to share your most beloved memories of Melrene "Mel" here, so that the family and other loved ones can always see it. You can upload cherished photographs, or share your favorite stories, and can even comment on those shared by others.

Brittney Olheiser, Love, Amy and Doug Hoelzel, and other have sent flowers to the family of Melrene "Mel" Carlson.
Show you care by sending flowers

Posted Jun 01, 2020 at 05:09pm
You will be missed. You were such a nice, sweet lady. I loved working with you at the nursing home.
Comment Share
Share via:
MS

Posted May 28, 2020 at 09:16am
Wishing you peace to bring comfort, courage to face the days ahead and loving memories to forever hold in your hearts.

Flowers were purchased for the family of Melrene "Mel" Carlson. Send Flowers 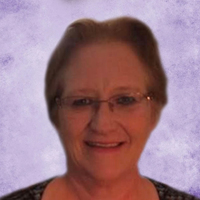 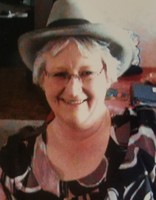