To share your memory on the wall of Michelle Sanborn, sign in using one of the following options:

Provide comfort for the family of Michelle Sanborn with a meaningful gesture of sympathy.


Michelle Patrice Sanborn was born January 25, 1952 in Oakland, CA.  She grew up in the Oakland area graduating from high school in 1970.  It was during this time that she met Gerald Richard Sanborn, and the two were married on April 4, 1970.  The couple moved to Washington where they eventually settled in Redmond, WA.  It was here where Michelle and Gerald made their home for the next 40 years.  They were blessed with two boys, Richard and Frank.  Besides caring for her family, Michelle held various jobs in the industrial manufacturing area of Redmond. After Gerald passed in 2011, Michelle spent a few more years in Redmond before moving to Dickinson, ND to be near her son Richard and his family.


Michelle will be remembered for her work ethic and fearless attitude when it came to taking on jobs traditionally filled by men in an era when women didn’t work in these fields, she was a pioneer..  She was never afraid of hard physical labor. She will be greatly missed by all those she knew and her two boys that appreciated her tough love and caring nature.

To plant a memorial tree in honor of Michelle Sanborn, please visit our Heartfelt Sympathies Store.

Receive notifications about information and event scheduling for Michelle

There are no events scheduled. You can still show your support by sending flowers directly to the family, or planting a memorial tree in memory of Michelle Sanborn.
Plant a Tree

We encourage you to share your most beloved memories of Michelle here, so that the family and other loved ones can always see it. You can upload cherished photographs, or share your favorite stories, and can even comment on those shared by others.

Posted at
I would like you to know we are very sorry to hear about Michelle. Being neighbors at Ames Lake in Redmond for 20 years was amazing. She would often come down to visit when she was not working or busy with family. She provided us with good company and support. I will always remember her genuine laugh. Sending our thoughts to Richard, Frank and family. The Corkreys Janis, Patrick, Katie and Ryan
Comment Share
Share via: 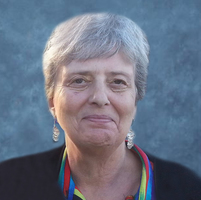