To share your memory on the wall of Parke Little, sign in using one of the following options:

Link for the funeral service: https://youtu.be/VHDotUvPWu8

Parke’s family will be receiving friends from 1:00 p.m. to 5:00 p.m. Wednesday, August 19, 2020 at Parke’s home, 10849 35th Street SW, Dickinson, ND. All of Parke’s services will take place outside and adhere to North Dakota Department of health safety guidelines.

On August 14, 2020 Parke William Little was called home to be with Father God. He unexpectedly succumbed to a massive heart attack.

Parke was born to Edward and Virginia Little on July 6, 1945 in Los Angeles, California. He was born first, the older brother to his twin, Frank. He grew up loving the outdoors; hunting and fishing with family. He was a bit of an adrenaline junkie and loved to push the limit. He was known in his younger years to be an avid CRAZY water skier who would be so daring as to ski barefoot and ski with his daughter Shanon on his shoulders. Parke was and is always a warrior. He started his military career at the ripe old age of 18. He enlisted with the United States Marine Corp. He was recognized for his abilities that were engrained in him as a young child; his adventurous spirit and his love of country. After two back to back tours in Vietnam with the Marines, he joined the Army Reserves and again found himself serving his country in Iraq. His desire to serve didn’t end there, he served the communities he lived in as a police officer. In 1985, Parke met and married Linda Shepard in a whirlwind six week courtship. They began their life together with her son, Justin, in Longmont, Colorado. In 2001, Parke and Linda moved to his paradise on earth, Dickinson, ND. Parke found all his passions here. Between his hobbies, friends and all the organizations he was a part of, Parke was truly at peace. He could be found at the gunshop, working the land or at home eating a good steak and salad. Parke was a teacher of life. He was always there to share wisdom, his experiences, and was known as someone you can count on. He was firmly rooted in his beliefs, his love of country, and the family he built. Parke will always be remembered as a strong, honorable and loving man. He was a provider of comfort, protection, and unconditional love. He was the most loving husband, father, grandfather, and brother. He will be sorely missed and in our hearts forever.

Parke is survived by his loving wife Linda; son, Justin (Stephanie) Hunter and their son Easton, CO; daughter, Shanon Little, CA; brother, Frank (Anita van Tilburg) Little, TX; He was preceded by both of his parents, Edward and Virginia; and grandson, Wyatt.

In Lieu of flowers, Parke’s family suggests donations to the Parke Little Memorial Fund that will be established to encourage youth hunting in our region.

To send flowers to the family or plant a tree in memory of Parke Little, please visit our Heartfelt Sympathies Store.

Receive notifications about information and event scheduling for Parke

We encourage you to share your most beloved memories of Parke here, so that the family and other loved ones can always see it. You can upload cherished photographs, or share your favorite stories, and can even comment on those shared by others.

Bernadette & Beth sent flowers to the family of Parke Little.
Show you care by sending flowers

Our hearts go out to you as you mourn the going away of Parke from this earth. We share your loss, but we also share your hope in the eternal life that Parke has now entered into and we one day will. Prayers for God to hold you and His peace to surround you.
Love, Paul and Jodene Kessel family
Comment Share
Share via:
DR

Posted Aug 18, 2020 at 08:14pm
My sincere condolences to Parke's family and friends. I had the privilege to hunt pheasants with Parke surrounded by other Vietnam combat veterans over the years. God has called him home, and it is a great comfort to know I will see him again.
Semper Fi,
Colonel Dick Rosser
USMC (Ret,)
Comment Share
Share via:
BB

Posted Aug 17, 2020 at 05:30pm
Linda and Shanon: Wishing you peace to bring comfort, courage to face the days ahead, and loving memories of Parke to forever hold in your hearts.

Posted Aug 17, 2020 at 03:46pm
Our sincere sympathy to Parke Little's family. We have fond memories of our former neighbors Linda and Parke from when we lived next door to them in Dickinson. You are in our thoughts and prayers. Jim and Mary LeBrun
Comment Share
Share via: 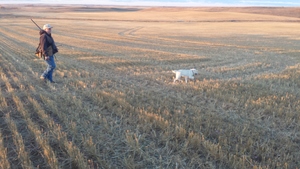 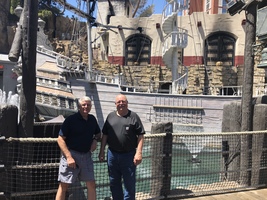