To share your memory on the wall of Phillip Messer, sign in using one of the following options:

Phillip passed away Wednesday, December 11, 2019 at home surrounded by his family.

Phillip Messer was born February 8, 1929 in Richardton, North Dakota to Phillip and Barbara (Martin) Messer. He grew up on the family farm south of Richardton and attended country school through the eighth grade. He worked on the family farm alongside his dad until he met Betty (Schmalenberger). The couple married May 22, 1951 at St. Mary’s Catholic Church in Richardton.  Together, Phillip and Betty made their home on a ranch south of Richardton along the Beaver Creek.  It was there they raised their children and continued to make their home.

In his younger years Phillip was a member of a band and enjoyed playing the accordion and organ. He was known to be a man of integrity.  Phillip was a member of the Lions Club, Zoning Board, Stark County Weed Control, Knights of Columbus, Richardton School Board for 26 years and Richardton Health Care for 41 years. He also served on the Medcenter One board of directors, was a chartered member of the ND Stockman’s Association, and was selected as farmer/rancher of the year by the Soil Conservation. He was a lifetime member of St. Mary’s Catholic Church and Richardton Saddle Club. He also served as Stark County Commissioner for 18 years and was a member of NCBA. Phillip always had a lesson to teach, especially to his grandchildren.

To plant a memorial tree in honor of Phillip Messer, please visit our Heartfelt Sympathies Store.

Receive notifications about information and event scheduling for Phillip

There are no events scheduled. You can still show your support by sending flowers directly to the family, or planting a memorial tree in memory of Phillip Messer.
Plant a Tree

We encourage you to share your most beloved memories of Phillip here, so that the family and other loved ones can always see it. You can upload cherished photographs, or share your favorite stories, and can even comment on those shared by others.

Posted Dec 19, 2019 at 12:00am
I was saddened to hear of the passing of my former boss and good friend, Phillip, and extend my deepest sympathy to his wonderful family. If ever there was a great role model for young men, it was him...it was the summer of 1958 that I worked with him and his family on the farm south of Richardton. Of all the farmers I worked for in those days, he was the best...very considerate, great sense of humor, and despite all the joking around, we got a lot of work done because he set the tone to keep everyone in a good mood during all the hard work...plus he lead by example by working right there with us. My compliments to the writer of the obituary...it was a well-written tribute to a great man who will be missed by all who knew him...May he rest in peace. Roger Hoff
Comment Share
Share via:
TF

Posted Dec 17, 2019 at 12:00am
Our thoughts and prayers are with you tonight and tomorrow. The most fitting tribute to Phillip is to simply look at his legacy - his family.
Comment Share
Share via:
ES

Posted Dec 16, 2019 at 12:00am
Our deepest condolences to your family, thoughts and prayers from the two of us. Mark and Colleen Nelson
Comment Share
Share via:
WS

Posted Dec 16, 2019 at 12:00am
So sorry to hear about your loss. Phillip was always a great neighbor. He was also a positive thinker and leader. I know it tough kids but remember a funeral is also a time to celebrate a great life. Rest in peace Phillip.
Comment Share
Share via: 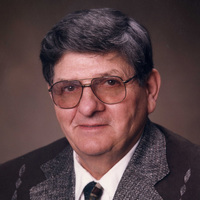