To share your memory on the wall of Ray Jilek, sign in using one of the following options:

To send flowers to the family or plant a tree in memory of Ray Jilek, please visit our Heartfelt Sympathies Store.

Receive notifications about information and event scheduling for Ray

We encourage you to share your most beloved memories of Ray here, so that the family and other loved ones can always see it. You can upload cherished photographs, or share your favorite stories, and can even comment on those shared by others.

Posted Mar 19, 2020 at 09:04am
Our sympathy and prayers to family and fiends. We had a great association with Ray, Kathryn and family. We share your loss.

Posted Mar 18, 2020 at 11:53pm
Kathryn & family, I am so sorry for your loss. I feel so fortunate to have known Ray & Kathryn the last 14 years. I will miss Ray and our conversations/stories on farming.
Comment Share
Share via:
BS

Posted Mar 18, 2020 at 06:14pm
We were so sorry to hear about Ray. We loved visiting with him when we would come to see our daughter, Heather. He will be greatly missed. Our Deepest Sympathy to Catherine and her family
Comment Share
Share via: 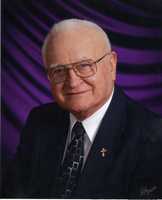