To share your memory on the wall of Richard Jambor, sign in using one of the following options:

Richard passed away Sunday, May 24, 2020 at Sanford Health in Bismarck.

Our Father, Richard Jay Jambor was born on December 1, 1954 to Clem and Louise Jambor of Lambert, Mt. He was the oldest of four children. Raised on the family farm and ranch, he spoke many times of milking the cow, riding horse and driving tractor, always singing as loud as he wanted. He loved to explore the ‘wilderness’ as a young boy and sit in the blacksmith shop watching his Dad. As Richard got a little older, he set trap lines and sold furs for money. Richard also spent many hours hunting with his brothers and neighbors. The summer of his sophomore year he worked for a custom harvester and traveled from Texas to Montana. Richard’s love for horses took him to Miles City to ride bareback horses for cash during the Miles City bucking horse sale. He would say the bareback horses paid less money, but you didn’t have to worry about the saddle so a guy could get on more horses in a day. One of his fondest memories was driving cattle with Ray Fettig. In December of 1972, Ray Fettig, a ranch hand named Snoball, Richard and his dog Blue drove 650 cattle from south of Mandree, ND, along Mckenzie County roadway to Cartwright, ND along the Yellowstone River. Richard also took a job with the Hooker Cattle company in Jordan Montana. He spoke about riding and branding bunches of calves every day for over a week. He would say “I weighed 165 when I started working for John and he worked me to a lean 145 pounds.” Richard graduated in 1973 and decided to attend Williston State College. In 1975 he met the love of his life, his rock, his angel, Lonnie Elletson. The two were married on September 3, 1977 and headed to Fargo. While he attended NDSU, Lonnie worked as a nurse in the hospital. The young couple lost their first-born son Dustin in 1978. He lived for 32 days in the Fargo NICU. Richard graduated from NDSU in 1979 with an Agriculture Education and Composite Science degree. He then took a job teaching Ag. in Killdeer, ND. The couple gave birth, at home, to their first daughter Christa in December 1979. Shortly after, in March 1982, their second daughter Jeanna was born. Richard delivered both of his daughters. In 1983 their son Casey was born. Sadly he passed away at 17 months. The couple moved their family out to the country in 1984 to an alfalfa field and built their home. They raised cows, sheep and horses. Richard spent his summers working on the oil rigs while teaching in Killdeer for 8 years. He took a part time teaching job at Dickinson High School. He soon became full time and created classes for equine and meat science. He was an FFA advisor and went on many trips with dozens of students. Many times he was asked what he taught and he always said, ‘students.’ For 33 years teaching was his passion. Richard was a song leader in his parish, a Knight, EME and loved his Catholic faith. At age 50, he started playing guitar and would play and sing for Mass, nursing home visits and many family gatherings, a genuine troubadour. Richard talked to his mother Louise, 95 of Sidney, every morning. His pride and joy were his many grandchildren, his blessings. He loved to tell people he had eleven grandkids, from two daughters.

So many great memories of hunting on horseback, fishing and many trail rides were made as a family. Those traditions will forever be missed with our favorite cowboy. Our Dad would always say, “Learning was lifelong and if you love what you do you’ll never work a day in your life.” Our greatest lesson has come from the life that was shared by our Mom and Dad. Their marriage was one of great friendship and unconditional love. Through good times and bad making the most of each day by each other’s side.

He is preceded in death by his father, Clem Jambor; father-in-law, Lon Elletson; sons, Dustin and Casey; and brother-in-law, Wally.

In lieu of flowers the family requests donations be made to St. Jude’s Children’s Hospital.

To send flowers to the family or plant a tree in memory of Richard Jambor, please visit our Heartfelt Sympathies Store.

Dylane Klatt 1519 St Johns Dr Crookstom MN 56716, Jess, Dixie, Jess and Joel Schulz, and other have sent flowers to the family of Richard Jambor.
Show you care by sending flowers

Guaranteed hand delivery by a local florist
WO

Posted Jun 02, 2020 at 07:08pm
I enjoyed my opportunity to meet Richard while teaching Ag Education. He was always positive and happy and a pleasure to be around. My deepest sympathy to his family. God bless
Wayne Olson
Comment Share
Share via:
CD

Posted May 29, 2020 at 03:02pm
I am very sorry to hear about the loss of Richard. He was a great man, teacher and cowboy. My most memorable time with him as when he took a group of us to Intake MT Paddle Fishing along with his dad Clem after our freshman year in high school. We got to hear a lot of great stories from both Richard and his dad. Take care and God Bless

Posted May 29, 2020 at 01:47pm
Very sorry to hear of the loss of Richard or Mr. Jambor when I knew him the best. He was a great man and excellent teacher. God Bless 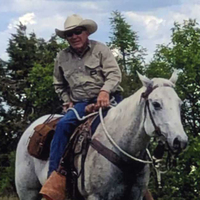 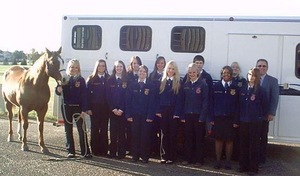