To share your memory on the wall of Ross Gray, sign in using one of the following options:


Roscoe passed away on Saturday, January 11, 2020 surrounded by his family at Country House, Dickinson, ND.


Roscoe James was born in Douglas, WY on June 21, 1958, the son of Robert J. Sr. and Betty (Bruce) Gray. As a young boy, he attended Whitney Creek School in Ismay, later graduating in 1976 from Custer County High School in Miles City.  Ross then attended Northern Montana College in Havre in the Diesel Mechanics program. He was a true Montana guy who loved the outdoors, rodeos, roping and ranching.  He enjoyed his time as a ranch hand on the Diamond Ring and Keystone Ranches.  Ross married Michele Werre on September 7, 1985 in the Ismay Community Church.  A couple years later, Ross and Michele moved to Middletown, CA where he worked for Diamond D Ranch until 2002.  Their marriage was blessed with three children, Katie, Kelly and AJ.  The family came back to Plevna and Ross worked for D&M Water/Precision Machine and later the Fallon County Road Department.  His cowboy heart had kept him active in judging high school rodeos in CA, ranch rodeo and hunting.  He was a member of Plevna Volunteer Fire Department and Ismay Community Church and was very proud to have helped with the big restoration project of the church.  Ross was diagnosed with an aggressive Early-onset Alzheimer’s Dementia in 2015.  He will forever be a cowboy loved dearly by his family who grew in strength and unconditional love through this illness of memory loss.


He was preceded in death by his grandson, Grayson Asher Rieger; nephew, Yance Tell Gray; and mother-in-law, Ann Werre.

To plant a memorial tree in honor of Ross Gray, please visit our Heartfelt Sympathies Store.

Receive notifications about information and event scheduling for Ross

There are no events scheduled. You can still show your support by sending flowers directly to the family, or planting a memorial tree in memory of Ross Gray.
Plant a Tree

We encourage you to share your most beloved memories of Ross here, so that the family and other loved ones can always see it. You can upload cherished photographs, or share your favorite stories, and can even comment on those shared by others.

Posted at
Praying the Lord's sweet presence is especially real to you today as He brings you the comfort that only He can give. Jean Brenner
Comment Share
Share via:
DB

Posted at
Michele & Kids, There are no words that can take away the loss that you have. Just some kind words and hugs are all we can offer. Keep your happy and loving thoughts close to your hearts. Ross is riding the pastures and having a blast! Hugs. Jeff & Dawn Brandemuehl
Comment Share
Share via:
JD

Posted at
To all of the Gray Family, we are so sorry for your loss. May your memories bring you comfort during this time. We are thinking of you all.
Comment Share
Share via:
DB

Posted at
Ross and I went to grade school together. I remember schoolyard "scraps",sledding,baseball & basketball games, getting ready for track meets.. ranch life happenings and so much more. Our heartfelt prayers and condolences are with your family. Blessings to you all.
Comment Share
Share via:
AW

Posted at
Michele & family, there are never the right words to say at this time. Just know our thoughts and prayers are with you all. Alvin speaks of fond memories when he & Roscoe helped move Pastor Wohlers to Deer Lodge. In your grief cherish such memories. Hugs & embraces.
Comment Share
Share via: 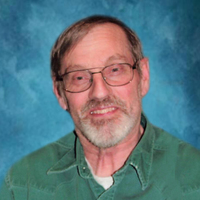