To share your memory on the wall of Victor Froehlich, sign in using one of the following options:

Victor was born March 18, 1929, in Dickinson, the son of Jack and Justine (Semerad) Froehlich. Growing up he attended school through the eighth grade. He was drafted with the US Army. Following his honorable discharge, Victor returned home and later married Hattie Privratsky on April 21, 1954 at St. Wenceslaus Catholic Church. The couple was blessed with two children who they raised on their farm southwest of Dickinson. Victor worked in the oilfield, farmed, and started his general contracting business where he built and remodeled many homes in the Dickinson area. Victor shared his talent of carpentry through the years. In retirement Victor enjoyed woodworking, collecting toys, going to auction sales, and going to daily coffee to visit with friends. He said he was busier in retirement than when he was working. Victor was a member of St. Joseph’s Catholic Parish, the Eagles Club, and the Knights of Columbus.

He was preceded in death by his parents, Jack and Justine; wife, Hattie; brothers, Clarence, Ray, and Herman Froehlich.

To send flowers to the family or plant a tree in memory of Victor Froehlich, please visit our Heartfelt Sympathies Store.

Receive notifications about information and event scheduling for Victor

We encourage you to share your most beloved memories of Victor here, so that the family and other loved ones can always see it. You can upload cherished photographs, or share your favorite stories, and can even comment on those shared by others.

Posted May 21, 2020 at 02:47pm
Our Deepest Sympathy to your family on your loss of Vic. He was such a great man and we shared many great times and laughs back in the H&R Catering days at auction sales. We will always cherish our memories made with the Froehlich Family. Hugs & Prayers to you all.

Posted May 21, 2020 at 02:00am
We just lost a great man. We have many memories that will be cherished.
I sent some photos that we took many years ago. Wonderful memories on that family reunion in Oregon with our Motorhomes.
RIP Vic.
Lee, Jeanette, Ladine and Curtis Froehlich
Comment Share
Share via:
LF

Posted May 20, 2020 at 09:22pm
RaeLynn and Jeff,
What a loss. Lee and I have lots of good memories with Vic. Enjoy the pics I found of him. They’re older ones but so much fun on that reunion in Oregon.
Lee and Jeanette
Comment Share
Share via:
C

Posted May 19, 2020 at 08:06pm
Rae Lynn and Jeff and families. I am so sorry to hear about the passing of your dad. He was always such a nice person. Always had time to visit. He will be missed by everyone who knew him. RIP Victor. Nancy (Meyer) Bishop
Comment Share
Share via: 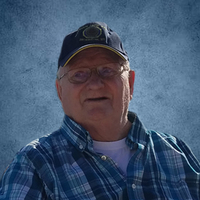 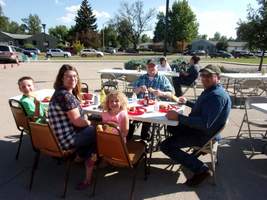 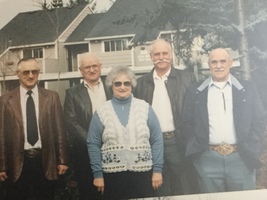 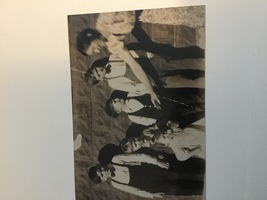