To share your memory on the wall of Vivian Marker, sign in using one of the following options:

Print
To View the Live-Stream of Vivians Service, Please copy and paste the following link into your browser:https://youtu.be/3vrcLsc6oCA

Funeral services for Vivian Allene Marker, 90 , of Dickinson, will be at 11:00 a.m., Thursday, August 20... Read More
To View the Live-Stream of Vivians Service, Please copy and paste the following link into your browser:https://youtu.be/3vrcLsc6oCA

Visitation will take place one hour before the service on Thursday.

Heaven gained another angel when Vivian Allene Marker died peaceably in her sleep at St Alexius Hospital in Bismarck at 5:55pm CDT on Wednesday, August 13th, 2020.

Vivian Allene Marker, age 90, was born January 23, 1930, in Tulsa OK, the daughter of William Everett Daniel, a welder in a machine shop, and Mary Rosalie (Claypool) Daniel, a seamstress at a garment factory. Vivian lived through the Dust Bowl and World War II, before finding work at a Sears store in high school. After graduating from Will Rogers High School in Tulsa OK in 1948, she was employed as a keypunch operator for American Airlines in their Tulsa offices, where she entered passenger ticket data.

A roommate set her up on a blind date at a dance one night, where she met a young draftsman for Standard Oil Company (later called Amoco) by the name of Ronald J Crail. They hit it off and were married on March 18, 1950 in Claremore, OK. They moved into a home in Tulsa, and Vivian left employment to become a full-time homemaker and mother to their two sons, Ronald J Crail Jr, and Erick E Crail.

Following her husband’s untimely death of a heart attack in Aug 1962, Vivian continued to stay at home to raise her boys, and would often take them to visit her mother, Mary Daniel, in Depew OK, some 70 miles from Tulsa. Mary Daniel’s best friend was her next-door neighbor, Belle Marker. Belle had a son, Rudy Marker, whose first wife had died in a car accident in Nov 1962, leaving him to raise their four children. The six children had played together many times on weekend visits with their respective grandmothers.

About a year later, Mary & Belle planned a 4th of July picnic at a nearby lake. They conspired with the children to be sure to return home with their grandmothers, leaving Rudy and Vivian to ride back from the lake together. Their match-making efforts worked; after a year of dating, Vivian Allene Crail married Marion Ruedell (Rudy) Marker on June 9, 1964 in Tulsa OK. They bought a home in Prague OK, where Rudy was employed as a Pumper for Amerada Petroleum Corp. They enjoyed fishing and camping with the family in their pick-up camper, and took up square dancing.

In 1968, Amerada transferred the family to Belfield ND, where Rudy continued to work for what was later known as Amerada Hess Corporation until retiring in 1986. Vivian and Rudy helped found the Town & Country Square Dance Club of Belfield, and served as presidents of the Club for many years. Vivian enjoyed bowling, crafts, sewing, crocheting, gardening, and doting on their beloved dogs, Tuffy, Cricket, Muffy, Sugar, and Maggie. She had a real knack for crossword puzzles, completing the big Sunday puzzles in under an hour (in ink!) She was a voracious reader, and the house was always stocked with many magazines, books, and encyclopedias. In retirement, they enjoyed traveling in their fifth-wheel RV camper, taking it on adventures to Florida, California, Canada, and many trips to visit relatives back in Oklahoma.

Vivian was named after her Aunt Vivian; to avoid confusion, her family called her by her middle name, which her parents had taught her to spell “Aline”; it was many years later she discovered the doctor had misspelled it, so she switched to using the “Allene” spelling of her birth certificate. In recent years she began using Vivian, as it was easier for others to spell and pronounce. But she always maintained her most important name was “Mom.”

Following complications from diabetes and other ailments, Vivian moved into the Evergreen Assisted Living Center in Dickinson in 2013. She was always pleased and grateful for the compassionate care she received during her seven years there.

Services will be held at the Stevenson Funeral Home Chapel at 2067 1st St W in Dickinson ND on Thursday August 20th. A public viewing will be held at 10am MDT, with the funeral services following at 11am MDT. To protect the health of all attending, the family requests facemasks be worn; they will be available at the services if you need one. Following the services, she will be taken to Mandan ND to be buried with her husband Rudy at the North Dakota Veterans Cemetery at 3pm CDT / 2pm MDT.

In lieu of flowers, memorials are requested for Oreo’s Animal Rescue (93 21st St E, Dickinson ND 58601) in memory of all the dogs who brought so much joy to her life, or to the American Cancer Society (www.cancer.org/donate), whose research helped her become a 22-year breast cancer survivor.

To send flowers to the family or plant a tree in memory of Vivian Marker, please visit our Heartfelt Sympathies Store.

Receive notifications about information and event scheduling for Vivian

We encourage you to share your most beloved memories of Vivian here, so that the family and other loved ones can always see it. You can upload cherished photographs, or share your favorite stories, and can even comment on those shared by others.

Posted Aug 19, 2020 at 08:00pm
Vivian was so special. I enjoyed her beautiful smile. She loved sharing a good book with us and we enjoyed sharing a favorite with her. God bless her and now she is in Gods care.
Comment Share
Share via:
CG

Posted Aug 19, 2020 at 09:32am
So very sorry for your loss ❤️ I would visit with Allene at Evergreen, she would always talk about all her children and grandchildren. God Bless you all. Love Shelly & Johnny Ewoniuk
Comment Share
Share via: 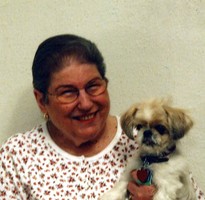 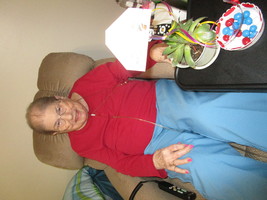 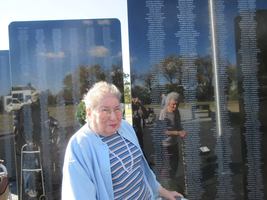