To share your memory on the wall of Volney Willett, sign in using one of the following options:

Print
Volney L. Willett, 84, of Coarsegold, California, passed away on Sunday, May 10, 2020 at CHI St. Alexius Health in Dickinson.

Volney Louis Willett was born August 22, 1935 in Hollywood, California to Oscar and Ethelga (Beatty) Willett. Shortly after birth Volney and his family moved to Hollywood Rivera. Later his family moved to Palos Verdes Estates where he attended Malago Cove Grammer School and graduating from Redondo Union High School. Volney attended the University of Southern California at Los Angeles majoring in Business Administration. He also studied for a Master’s degree in General Psychology.

Volney worked as a Real Estate Broker at Palos Verdes Realty. He served on the Palos Verdes Estate Board of Realty for seven years, serving as president from 1965 to 1966. He also served as the Vice President for the Savings and Loan Industry along with Public Relations for the Title Insurance Industry. Volney bought the YELP newspaper in 1997 where he was the publisher until the paper sold in 2004. After this time, he returned to the real estate business and also became a Security Officer.

He is preceded in death by his parents; Oscar and Ethelga; sisters, Georgette Willett Armstrong and Ethelga Willett.
Read Less

Receive notifications about information and event scheduling for Volney

There are no events scheduled. You can still show your support by sending flowers directly to the family, or planting a memorial tree in memory of Volney Willett Sr..
Plant a Tree

We encourage you to share your most beloved memories of Volney here, so that the family and other loved ones can always see it. You can upload cherished photographs, or share your favorite stories, and can even comment on those shared by others.

Posted May 12, 2020 at 07:33pm
At this sorrowful period in your life, please accept my sincerest condolences for the death of your loved one.  Reflecting on the divine promises found in the Bible will give you hope and strength to keep going until all of God's promises are fulfilled. (John 5:28, 29; Romans 15:13; 2 Thessalonians 2:16, 17).
Comment Share
Share via: 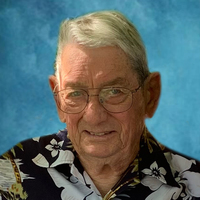 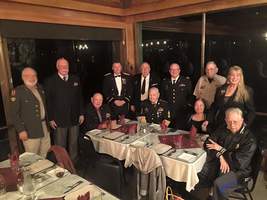