To share your memory on the wall of Walter Kilzer, sign in using one of the following options:

Provide comfort for the family of Walter Kilzer with a meaningful gesture of sympathy.


Walter was born on April 15, 1924, to Joseph and Beata (Schnell) Kilzer in Richardton, ND.  He received his elementary and high school education in Richardton at St Mary’s and the Assumption Abbey by the Benedictine Sisters and Monks. He furthered his education at St. John’s University in Collegeville, MN.


As a young boy, Walter became active in the Boy Scouts of America obtaining the highest degree of scouting, Eagle Scout in May of 1939.  He began working for his father at Jos. Kilzer and Son’s Ford Dealership in Richardton, North Dakota  in 1942 and became a 1/3 partner with his father Joseph and his brother Paul in 1947.  He retired in 1975 when he sold the dealership to his brother George.  Walter was well known for knowing Ford auto part numbers by memory rather than always needing to go to the book to locate the needed number.


Walter married the love of his life, Rose (Stradinger) Kilzer on August 20, 1953 in Mandan, ND, They resided in Dickinson, ND throughout their married life up until Rose’ death in June of 1995. Walter continued to reside in Dickinson up until entering the Richardton Health Center in late August of 2019.


He loved history, reading, gardening, and traveling around the United States as well as abroad.  To say he loved reading is an understatement.  He was an avid reader of spy and intrigue novels and had in excess of 900 books in his basement library.


In lieu of flowers the family requests that all bequests be made to the Assumption Abbey in Richardton, ND.

To plant a memorial tree in honor of Walter Kilzer, please visit our Heartfelt Sympathies Store.

Receive notifications about information and event scheduling for Walter

There are no events scheduled. You can still show your support by sending flowers directly to the family, or planting a memorial tree in memory of Walter Kilzer.
Plant a Tree

We encourage you to share your most beloved memories of Walter here, so that the family and other loved ones can always see it. You can upload cherished photographs, or share your favorite stories, and can even comment on those shared by others.

Posted Dec 31, 2019 at 12:00am
More memories Dad. The Kilzer Reunion in Richardton. I laugh just thinking about it . All the fun we had. Each Kilzer family had the same color. Our family was tourquoise. So we all knew by color if we belonged to you, Uncle George, Uncle Bernard and so on.Terri was so Mom that weekend! If there was a pebble, she was sure to trip over it. The whole weekend wa so much fun with all the cousins, Aunts and Uncles. Times that will never be forgotten. Or the family reunions we had in the back yard . FUN FUN FUN!!!!!!!!!!
Comment Share
Share via:
RH

Posted Dec 31, 2019 at 12:00am
Robert and Kathleen Heiser. Son and Daughter inlaw DAD, we just thinking of all the good times we had with you and Mom. Our wonderful reunions at the house in Dickinson. Mom always baking for us all. When Mom went to Heaven, we managed to make our world go around again. We bought the little green house on Main, You came to our little home and helped wash walls and paint. Our New Years Party in the house. We had such a good time. we shared so many times laughing, Painting. You even let me come over and do your laundry, ironing. a lot of laughs then too. Bob was busy putting a new kitchen stove for you, and outdoor chores So always remembering our special times Dad, We all love and miss you. May you rest in peace. Please give Mom a big hug for us. Robert and Kathleen Heiser Maricopa, Arizona
Comment Share
Share via:
SK

Posted Dec 31, 2019 at 12:00am
Such great memories Dad. All the time we had together and the conversations we had everyday as we drove from Dickinson to Richardton, you to work and me to school at St Marys. Then to Grandma Kilzers after school for awesome home baked goodies, etc. If their was something I wanted to stay overnight for, she would tell Dad I needed to stay and I always got to. (thanks Grandma) After supper then our ride home again. The good times we has when you, mom, Terri and Larry came down. Oh what fun!!!! Or the awesome time we all had when you, Terri, Larry.Bob, Kathy, Stan and I went on our cruise or the time You, Mom, Terri, Larry, Stan & I did the walk to the top of Crazy Horse. Love and prayers Dad. God Bless and Keep You
Comment Share
Share via:
J 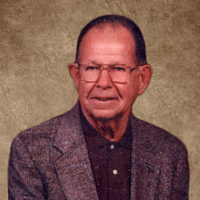 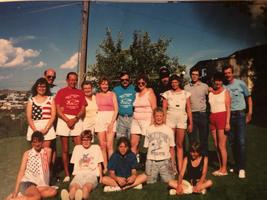