To share your memory on the wall of Wenzel Roller, sign in using one of the following options:

Provide comfort for the family of Wenzel Roller with a meaningful gesture of sympathy.


Wenzel Roller was born December 6, 1936 to Leo and Emma (Jirges) Roller on the farm in Stark County, ND. He was raised on the farm and attended grade school at St. Pius and then later continued his high school education at St. Mary’s high school in New England.


He married Anna Lenhardt in September of 1956 at St. Mary’s Catholic Church in New England. They resided in New England where they raised their two children, Eugene and Daniela. Wenzel worked for the New England Creamery until the family moved to Pacoima, CA where he worked at Lockheed Martin building Military aircraft. In 1958 he moved back to ND where he worked at the John Deere dealership in New England until he went to further his career as a lineman at Slope Electric. He retired from Slope Electric in 1999 after 37 years. During his time at Slope Electric, he also farmed with his twin brother, Peter. After retirement, he spent most of his time on his hobby farm. In his later years he was taken care of by his companion and caregiver, Ann.


He was a member of the New England Volunteer Fire Department, St. Pius Verein, Fraternal Order of the Eagles, IBEW Union, Academy of Model Aeronautics, and was a licensed pilot. He enjoyed flying model airplanes, fishing, hunting and farming.

To plant a memorial tree in honor of Wenzel Roller, please visit our Heartfelt Sympathies Store.

Receive notifications about information and event scheduling for Wenzel

There are no events scheduled. You can still show your support by sending flowers directly to the family, or planting a memorial tree in memory of Wenzel Roller.
Plant a Tree

We encourage you to share your most beloved memories of Wenzel here, so that the family and other loved ones can always see it. You can upload cherished photographs, or share your favorite stories, and can even comment on those shared by others.

Plant a Tree in Memory of Wenzel
Plant a tree 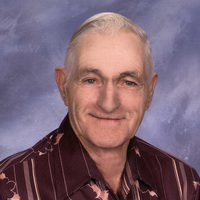