To share your memory on the wall of William Tormaschy, sign in using one of the following options:

William Joseph was born north of Gladstone, in the family farm house, on May 19, 1926, the son of Kasper and Katherine (Grossman) Tormaschy.  As a young boy, he attended country school north of Gladstone. At the age of 19, he became an army soldier serving his country during WWII in the Aleutian Islands in Alaska.  He served in 1945 and was honorably discharged in 1946.  Following his service, William returned home to Gladstone where he was a farmer most of his life.  On May 28, 1951, William married Dorothy Miller at St. Joseph’s Catholic Church in Dickinson.  Their marriage was blessed with three sons and a daughter. William enjoyed making old fashioned buggies and he was a volunteer at the Dickinson Museum and Prairie Outpost Guide.

To plant a memorial tree in honor of William Tormaschy, please visit our Heartfelt Sympathies Store.

Receive notifications about information and event scheduling for William

There are no events scheduled. You can still show your support by sending flowers directly to the family, or planting a memorial tree in memory of William Tormaschy.
Plant a Tree

We encourage you to share your most beloved memories of William here, so that the family and other loved ones can always see it. You can upload cherished photographs, or share your favorite stories, and can even comment on those shared by others.

Posted Dec 26, 2019 at 12:00am
To the Tormaschy Family: Sorry to hear of the passing of Bill. I always liked Bill, he use to make time to come and talk with me when I worked at PSI, and I use to see him at the action sales he liked to attend so much. He always seemed to be of good cheer with a friendly disposition. He was just an all-around good guy and will be missed. Guy Mischel
Comment Share
Share via:
NE

Posted Dec 26, 2019 at 12:00am
Dorothy and family I was so sorry to hear about Bill’s passing, so many memories, don’t know where I would start, I loved visiting with you guys at Hawks Point when I was home, talking about how he remembered me when I was a baby, then all the great times we had on branding days. I’m sending my deepest sympathies and prayers to all of you, Dorothy,I wish I could be there to give you a hug. Nancy Newton Elsey
Comment Share
Share via: 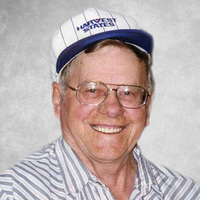